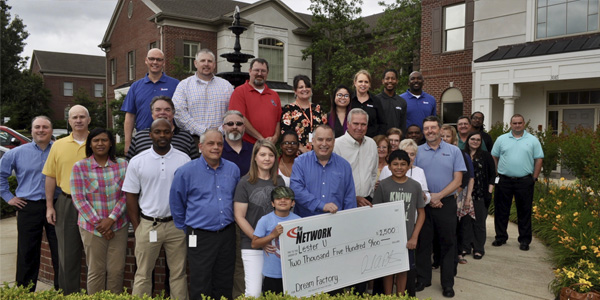 During the Network’s recent national convention in Orlando, the group’s members donated $2,500 to help the Dream Factory of Memphis provide a dream trip to the Magic Kingdom for an 11-year old from Tennessee. 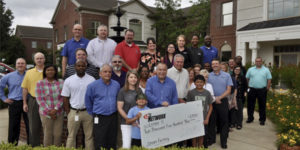 The Automotive Distribution Network recently showed that Walt Disney World really is the place where dreams come true. During the Network’s recent national convention in Orlando, the group’s members donated $2,500 to help the Dream Factory of Memphis provide a dream trip to the Magic Kingdom for 11-year-old Lester U. of Collierville, Tennessee, who needs daily treatments and multiple medications to keep his lungs free of infection since being diagnosed with a chronic condition at age 3.

For years, Parts Plus Top Fuel driver Clay Millican has fundraised for the Dream Factory and promoted the volunteer organization’s efforts to grant wishes for critically and chronically ill children. Following the end of the NHRA Mello Yello Series each year, Millican films TV spots and makes media appearances to promote Ski Freeze Memphis, the biggest fundraiser of the year for the local Dream Factory.

“The Network’s members are proud to join Clay Millican in supporting this worthwhile cause,” says David Prater, Network president. “When we presented Lester and his family with the check at Network Headquarters, this little boy’s positive attitude and courage inspired everyone in our office. We are delighted that we were able to help Lester realize his dream trip to the happiest place on earth. He is a brave young man we could all learn from.”

Advertisement
In this article:Automotive Distribution Network, charity, network
Print
Up Next: