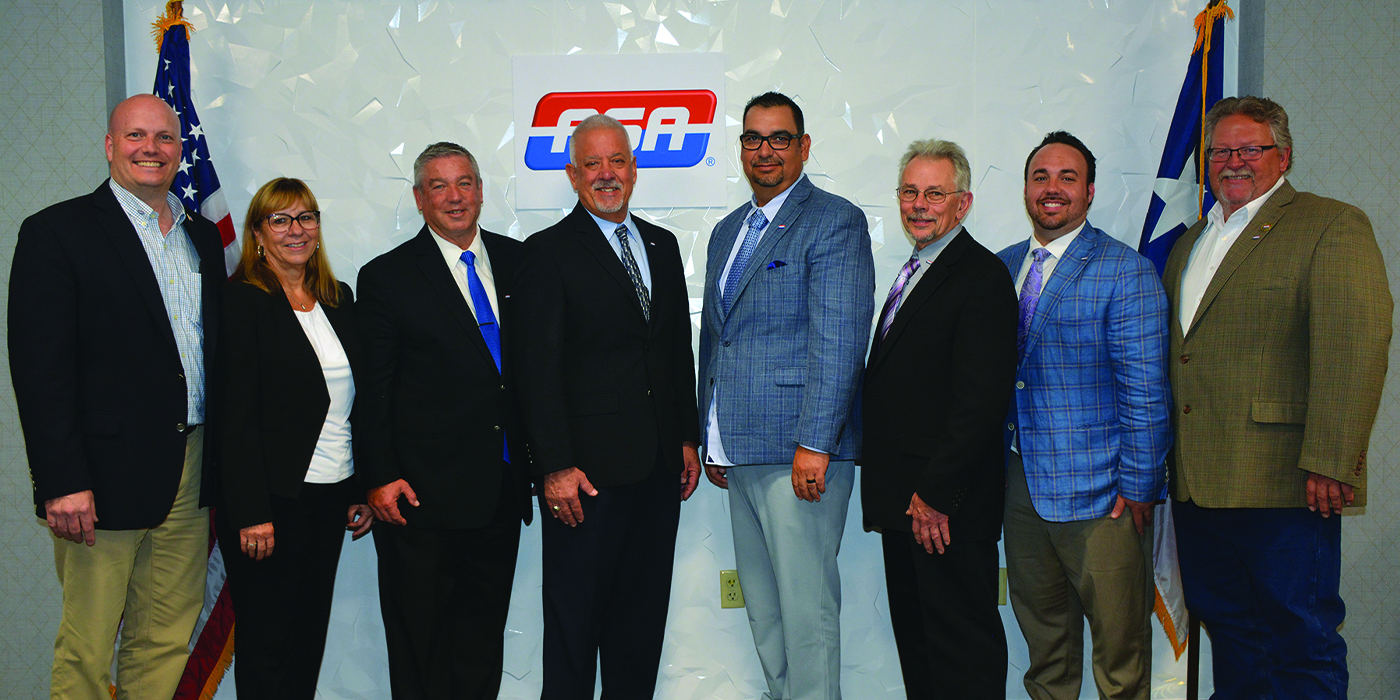 Annual business meeting draws board members from across the country.

The Automotive Service Association (ASA) held its 2022 Annual Business Meeting on Thursday, May 12 in Hurst, Texas.

One meeting highlight was ASA’s annual awards presentation, honoring members and organizations whose contributions went above and beyond in their service to ASA and to the automotive service industry.

Tony Molla, a former ASA team member in Keller, Texas, received the ASA Phoenix Award. The Phoenix award recognizes an ASA Collision Division member for his or her generous and far-reaching contributions to the automotive service industry.

Frank Leutz, owner of Desert Car Care Center, Chandler, Ariz., was recognized for his efforts with our national legislative issues, receiving the ASA Legislative Award honoring those who have made an impact on legislative and regulatory activities.

Tekmetric was awarded the ASA Benefit Provider of the Year Award in appreciation of its relationship with ASA and for the value, quality and professional service it offers ASA members.

Leona Dalavai Scott, a former ASA team member in Bedford, Texas, received the ASA Communicator of the Year Award in recognition of her efforts to effectively deliver messages to advance professionalism and excellence within the automotive service and repair industry.

ASA’s new board of directors began their terms at the close of the annual business meeting.

Serving their second year of their two-year terms on the board are:

Secretary-treasurer – Tom Piippo, AMAM, of Tri-County Motors, Rudyard, Minn., was reelected by the board for a one-year term.

Brandon Mehdizadeh, of Lamettry’s Collision, Minnetonka, Minn., was installed after being elected to serve a one-year term as ASA’s collision division director, a vacancy created when Mike LeVasseur resigned this month.

Judi Haglin, AMAM, Haglin Automotive & Boulder Transmission, was sworn in for the second of her two-year term as a general director.

Advertisement
In this article:ASA, awards, Board Appointments
Print
Up Next: