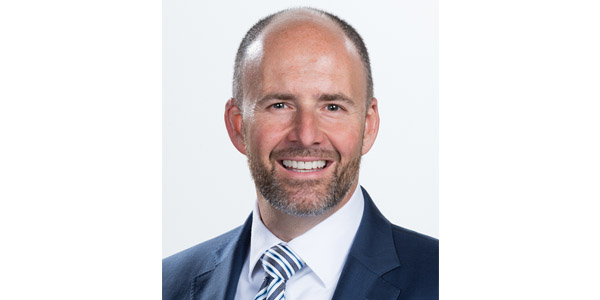 Opponents of the proposed Border Adjustment Tax (BAT) say the measure would place a discriminatory tax on imports that will result in their consumers paying higher prices for everyday items such as food, gas, auto repair, clothing and medicine. Today, Brian Cohn, president of Multi Parts in Jupiter, Florida, shares his take on this hot-button issue. 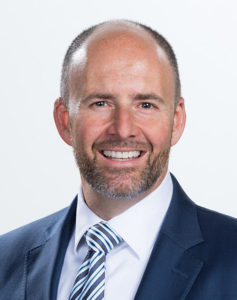 The Border Adjustment Tax (BAT) has made headlines within the automotive aftermarket as industry organizations such as the Auto Care Association voice their opposition to the proposed tax. The Auto Care Association announced has joined Americans for Affordable Products (AAP), a growing coalition of businesses and trade associations that represents millions of American jobs, to stop the BAT, which opponents say would place a discriminatory tax on imports that will result in their consumers paying higher prices for everyday items such as food, gas, auto repair, clothing and medicine.

Multi Parts’ business includes international trade, with a significant co-man business in Europe and Asia. The Border Adjustment Tax (BAT), which is a component of the U.S. House Republican tax reform proposal, would allow companies to deduct all export sales from taxation and no longer deduct import costs. How would the BAT affect your business?

While we do have growing export markets, the U.S. is still our largest customer base worldwide. The BAT, if enacted as proposed, could have a catastrophic impact on our business, and other similarly situated businesses.

Ours is a 30-year business. The BAT would transform our company overnight from a profitable business to one operating at an after-tax loss.

Supporters of the BAT say, “Just pass on the cost.” Everyone reading this knows just “passing on” 20 to 25 percent in increased costs to our customers and in turn, consumers in the marketplace isn’t remotely realistic. It certainly isn’t sustainable. In export markets, we would be open to the very real potential of retaliatory measures by foreign governments – we do not make policy in a global vacuum. Small-to-mid-sized companies like mine would face a daunting challenge in weathering this type of market upheaval. I don’t believe the prospects are all that much better for larger companies.

I strongly urge every business owner to do as we have done. Run the numbers. The exercise removes all emotion about good intent and theoretical benefits. The numbers show the BAT for the business killer that it is.

Not everyone, however, sees the BAT as a bad idea. What do you say to them to convince them otherwise?

I lead with the acknowledgement that the intent of the BAT is good. Corporate tax reform is good. American businesses must be competitive on the global stage. We should incentivize companies to repatriate capital back to America. We should ensure our country fosters an environment conducive to innovation and organic market-influenced growth. The BAT attempts to manufacture the market’s movement.

Americans for Prosperity made several very important points that succinctly crystalize the issue. I’m restating some of that language here.

The BAT effectively implements a new tax on a multitude of products at the corporate rate, which under the BAT would be 20 (or even worse, 25 percent for the many small- and medium-sized businesses structured as pass-through entities like LLCs and S-Corps). This equates to a tax hike of more than $1 trillion on American families and small businesses over 10 years using border adjustability.

Of particular concern to our industry is that this additional burden will have an outsized impact on the spending power of the very demographic that makes up the largest segment of auto care customers. This impacts every segment of the aftermarket. The entire market pie will shrink.

The BAT picks the market’s winners and losers. Under the BAT, domestic producers with global supply chains selling domestically suffer a double whammy — unable to deduct their input costs, they’re still taxed on the entire proceeds from the sale. Meanwhile exporters relying on domestic inputs can deduct twice — once for the cost of inputs and once for any profits made overseas.

The clear distortions inherit in the BAT are indefensible.

Drilling down, can you give us a feel for some of the very real ways this tax affects your business and your employees?

I explained previously how severe the consequences of the BAT would be on our business and of course for our employees. Even the looming threat has caused us to question the aggressive growth and investment plan we pursued in past years.

What will have to change for Multi Parts if the BAT is not stopped?

We are a global company. We’d be forced (emphasis on forced) to look more to the global marketplace. This means pulling back on job-creating domestic investment and putting that money into our foreign entities to grow those markets. This is the very opposite of what I understand the BAT was proposed to accomplish.

That would be just the first prudent step taken to insulate our company and our employees from the deleterious effects of the BAT.

I understand you recently met on Capitol Hill with your local legislators about this issue. Tell us about the conversation and the outcome of the talks.

Accompanied by Gary Whidby, director of the Auto Care Political Action Committee (ACPAC), I met with both Democrats and Republicans, meeting directly with Sen. Bill Nelson – Democrat; Sen. Marco Rubio’s Legislative Assistant – Senator Rubio is a Republican; and Congressman Brian Mast – a Republican. Meeting with both Democrats and Republicans proved important because there is far from a consensus between the two parties, or even within the parties themselves, on the best method to achieve corporate tax reform. And, this is the best reason to reach out to representatives from both parties. Understanding their differing perspectives informs how best to move forward as individuals and as an industry.

It is important to set and manage expectations. I walked away from all three meetings knowing that my government representatives now understand the impact the BAT would have on our company and our employees. My employees are their constituents. Understandably, that is where the rubber meets the road for every representative.

Where we will inform the debate is through increased numbers of our industry members making plain the impact the BAT would have on local employees and in turn, local constituents. In this way we are the voice of the industry and the men and women who constitute it.

The Auto Care Association arranged your meetings with the legislators. What do other companies concerned about the BAT need to do to get involved?

Donate to ACPAC. I can’t say this strongly enough. ACPAC holds our seat at the table. If we are not at the table, we have no say in the discussion.

If you’re concerned about the BAT you need to take action and to get involved. It can start by contacting Auto Care Association. Paul Fiore, director of government affairs at the association was essential in getting these meetings. All I did was call and express my concerns and my willingness to get involved and he really did the rest.

I don’t know how any company engaged in the aftermarket could not be concerned with the BAT as it is currently proposed. This isn’t a wait-and-see moment. This is a stand, unite and fight moment.

It’s also important that we share intelligence. I’d like to hear other companies’ ideas on how to inform the discussion around the BAT and to learn of what efforts they are making, so that where possible and prudent we can duplicate those efforts, as well.

We are in this together.

Editor’s Note: What’s your perspective? Are you in support of the BAT? Let us know. Email me at [email protected].

Advertisement
In this article:BAT, Executive Interview, Multi Parts
Print
Up Next:

Executive Q&A With Continental's Chris Bahlman
Connect with us