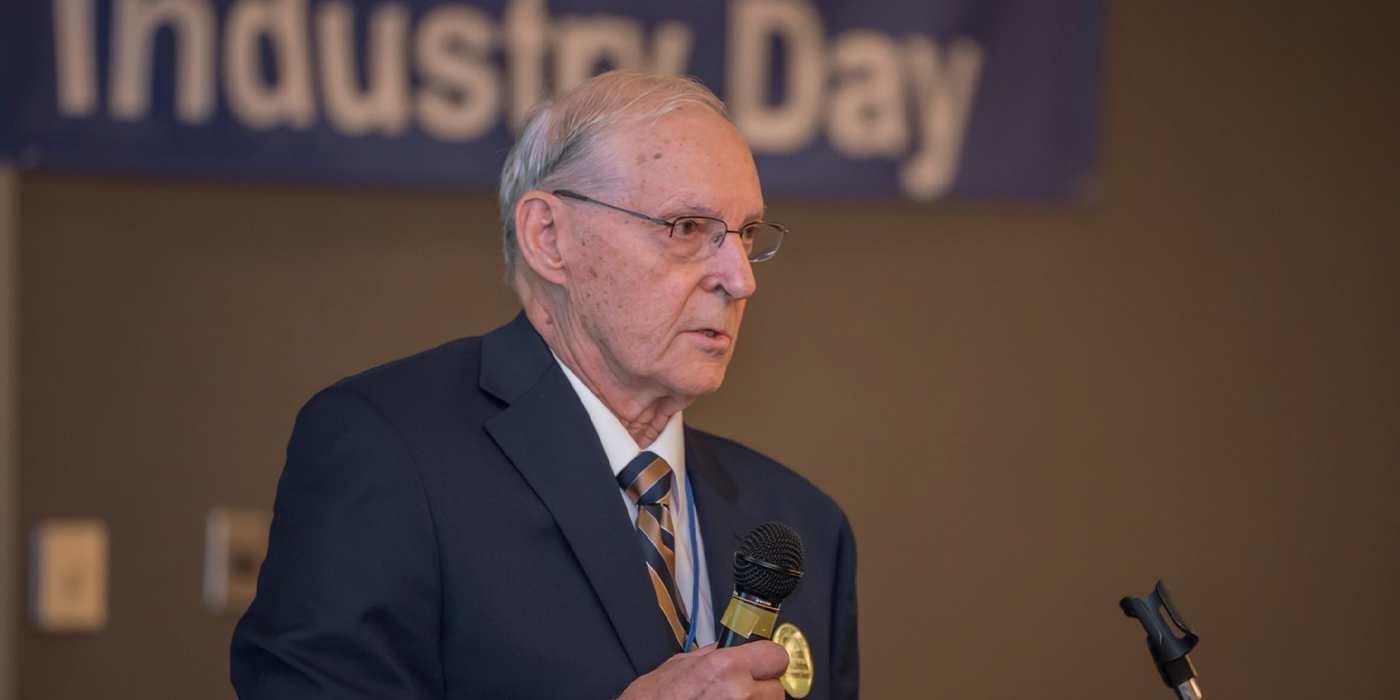 Foote is CEO of B & W Auto Supply located in Portland, Michigan.

The Michigan Automotive Parts Association (MAPA) has honored Wayne Foote, CEO of B & W Auto Supply located in Portland, Michigan, as the recipient of its 2021 MAPA Lifetime Achievement Award. The award was presented during MAPA Industry Day held on Sept. 15, at the Holiday Inn Gateway Centre in Flint, Michigan. Foote’s accomplishments in Michigan’s automotive aftermarket over the past 60 years were highlighted. Presenters were Wayne’s sons, Randy and Greg Foote.

Created in 2010, the MAPA Lifetime Achievement Award is designed to honor the excellence of individuals in the automotive aftermarket industry who have made significant impacts in the industry and/or the association. The recipient must have/had an extensive career in the industry, contributed significantly to the automotive aftermarket industry in Michigan, and made accomplishments within his or her local community.

On Nov. 1, 1961 Wayne Foote and his Uncle Bob Cook went into partnership to purchase Curtis Auto Supply in Portland, Michigan, from Russel Curtis. They renamed the store B & W Auto Supply and operated from that location until they moved into a larger building across the street in 1963. Wayne and Bob continued to grow the business, however Bob decided to go onto other ventures and Wayne purchased Bob’s half of the business in 1970. At that point, Wayne knew he could not operate the business on his own, so once again he asked for help from his wife Joan, whom he married in 1956. They came up with a plan that she could perform the office duties while their sons Randy and Greg were in school. Joan continued to run the bookkeeping for all stores until 2017. Even though Joan is not as active in the office now, she still plays a vital role in the bookkeeping side of the business operations.

In 1971 Wayne purchased Grand Ledge Auto Parts in Grand Ledge, Michigan. He saw this as an opportunity not only because of the auto parts business but this store included a machine shop and an auto body paint mixing business. In 1973, Wayne incorporated under the legal name Wayne’s B & W Auto Supply, Inc. Later in 1973 he purchased H & H Automotive in Ionia, Michigan. In 1986, Clinton Automotive was purchased and renamed St. Johns Auto Parts. This purchase included the auto parts business, a machine shop and radiator repair shop. In 1992, Perry Automotive was purchased and this store also included a machine shop. In 2000, Wayne saw a dramatically changing market in Ionia. He has always realized as a businessman there are going to be times when you have to make tough decisions. With much thought he decided to close the store in Ionia and concentrate his resources to the betterment of the other four stores. In 2012, Durand Auto Parts was purchased from General Auto Parts-CARQUEST.

Throughout Wayne’s 60 years of being involved in the automotive aftermarket he has always believed in these basic principles: Always be fair and honest to everyone; Be committed to service and high quality; Work hard; Have your stores be attractive, bright and welcoming; Make sure your employees are courteous and helpful; Be involved in your community.

Wayne not only believed in these principles, he has an impressive list to show how he has implemented them: He built the businesses to five locations with 45 employees; Built new stores in four locations: Portland in 1997, St. Johns in 2002, Grand Ledge in 2004, Durand in 2013. In 1997, he donated the previous Portland location building to the City of Portland so they would be able to build a new City Hall with an expanded parking lot; Member of MAPA for over 46 years; MAPA board member 2012-2017; CARQUEST Jobber of the Year 1987; City of Portland Business of the Year 2015; Dedicating his entire career giving his insight of the importance of the independent auto parts jobber to the local community. This includes staying in constant contact with suppliers at all levels, employees, customers and the community as a whole.

Wayne not only dedicated his life to the aftermarket, he is also very involved with the betterment of his community through many years of volunteer work which includes; Portland Jaycees member 1962-1972; Portland United Methodist Church Administrative Council Chairperson for 20 years as well as serving on various committees for many years; Portland Chamber of Commerce member for 60 years; Portland Chamber of Commerce President 1978; Board member for Maynard Allen State Bank and First Michigan Bank; Supporter of Portland Civic Players; Portland High School varsity football scoreboard operator since 1971; Consistent donations of both time and money to the many non-profit organizations within his community.

Advertisement
In this article:awards, Michigan Automotive Parts Association (MAPA)
Print
Up Next: