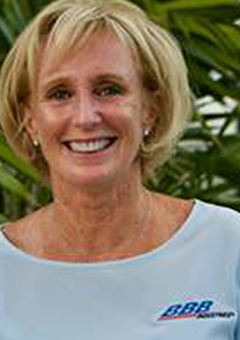 Kim Nolan got a taste of the auto parts business at an early age. In 1966, her father, Robert McLaren, started a remanufacturing business – GENCO Auto Electric – in the basement of their Setauket, New York, home. Nolan and her two sisters helped out.

Nolan, who went on to earn a bachelor’s degree in human resources, joined the family business when she was 25.

“I decided I’d work for him for a summer, and 30 years later, I’m still in the business,” Nolan says.

Although she was reluctant to join the family business at first, she left an indelible stamp on the company. As the vice president of GENCO Auto Electric, she spearheaded the sale of the company to BBB Industries in 2006. Since then, she has served as a vice president of sales for BBB, a Daphne, Alabama-based remanufacturer of starters, alternators, power steering, calipers, turbochargers and other products for aftermarket and OEM aftermarket customers.

Nolan admits she’s not a salesperson by nature. But working side-by-side with her father, she developed a passion for the products that has fueled her success on the sales side.

Says Nolan: “Growing up in a business where you have such a strong belief in the product gives you the confidence to sell.”

Nolan’s advice for women in the automotive aftermarket is this: If you don’t know something, just say so.