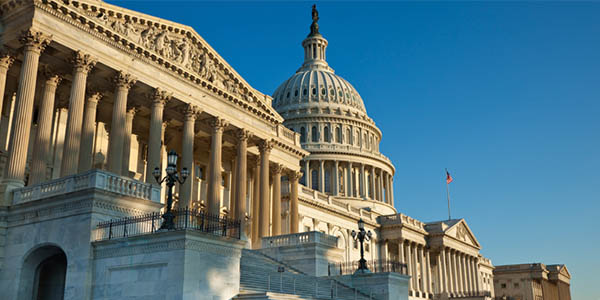 The legislation includes a motor vehicle safety title that consists of previously introduced bills and provisions.

The Automotive Service Association reported that, in a 24-hour long marathon markup, the U.S. House Committee on Transportation and Infrastructure approved H.R. 2, the INVEST in America Act. The surface transportation reauthorization bill provides $494 billion over five years for transportation initiatives.

The bill will be part of a broader infrastructure package, the Moving Forward Act, that was recently unveiled in the U.S. House of Representatives. The legislation includes a motor vehicle safety title that consists of previously introduced bills and provisions that have been introduced by the U.S. House Committee on Energy and Commerce.

Safety provisions incorporated in the title include:

• Prevention of deaths from hot vehicles

During a subsequent Advocates for Highway and Auto Safety teleconference, U.S. House Energy and Commerce Subcommittee on Consumer Protection and Commerce Chairwoman Jan Schakowsky (D-IL) assured that the $1.5 trillion proposal will pass the House, marking a transformational investment in American infrastructure.

While the bill includes a study on interactions between automated vehicles and road users, Schakowsky did acknowledge that the bill would not include an autonomous vehicle (AV) framework. The chairwoman said the committee and staff are continuing to work toward an AV framework.

NHTSA Deputy Administrator James C. Owens said it is the first platform connecting the public, manufacturers, developers, operators and all levels of government to voluntarily share and raise awareness of automated driving systems development and testing.

The initiative is meant to facilitate increased public understanding about the development, safe on-road testing and deployment of AVs.

H.R. 2 is expected to pass the House next week. The current surface transportation authorization expires Sept. 30, 2020.

Advertisement
In this article:Automotive Service Association
Print
Up Next:

Private Tour Of Jay Leno’s Garage Up For Auction