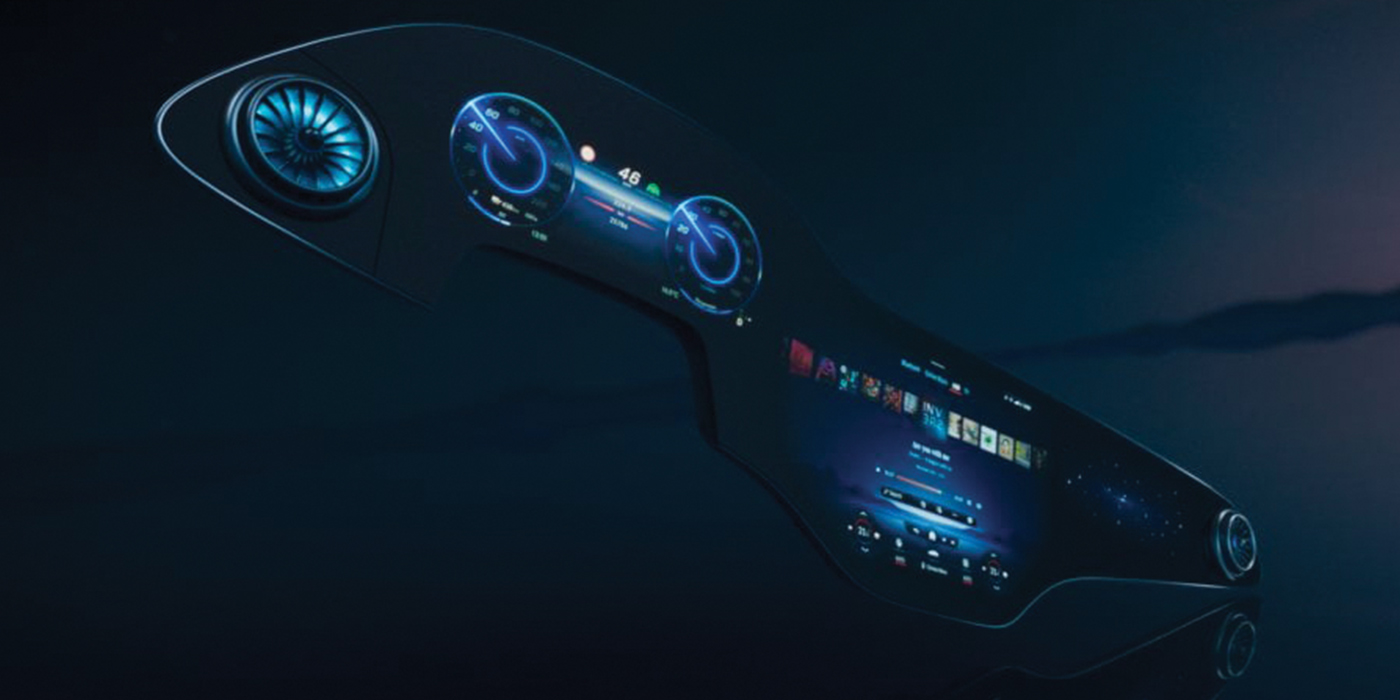 If acronyms like AI, AR and EV leave you scratching your head, it’s time to brush up on your cutting-edge technology. This year’s Consumers Electronics Show (CES) demonstrated that these technologies aren’t just limited to our smart TVs and handheld mobile devices. Automotive advancements – even as wild as flying cars – took center stage at CES as OEMs showed off everything from applications for AI in vehicles to state-of-the-art sensor technology.

As OEMs blaze into the future with tech-driven driving experiences, these innovations will quickly make their way to aftermarket. Knowing what’s hot now can spark the aftermarket’s future innovation. Luckily, AMN scoured the show to bring you the latest technology that’s integrating into the automotive aftermarket. So, let’s get you caught up.

We’ve seen AI in action as Google predicts our every search, but at CES this year, machine learning stepped up a notch. There, Mercedes-Benz debuted its “Hyperscreen,” which features a 56-inch digital interface that spans the length of the vehicle dashboard. It displays what most high-tech vehicle interfaces do, plus more like appointment booking and restaurant reviews. AI comes into play as it learns the driver’s habits and suggests certain actions during the driver’s ride based on past voice commands given to the vehicle.

Electronics manufacturer Gentex revealed its Full Display Mirror (FDM), an intelligent rear-vision system that uses a custom camera and mirror-integrated video display to optimize a vehicle’s rearward view. The system captures video from a rearward-facing camera and streams it to a unique mirror-integrated LCD that provides the driver with an unobstructed, panoramic view behind the vehicle. “FDM puts the smart mirror on a whole new growth trajectory,” said Steve Downing, president and CEO of Gentex.

Panasonic Automotive is using augmented reality (AR) in its latest heads-up display (HUD) unveiled at CES. When using a vehicle’s navigation tools, route lines are projected onto the windshield as well as the speed limit, written directions and road hazards represented by flashing symbols to let drivers know what’s ahead. The system combines eye-tracking technology with imaging radar to scan the road across at least three lanes of traffic.

Despite a dip due to the coronavirus pandemic, electric vehicles (EVs) are on the rise. With GM’s focus on a net-zero carbon future, the carmaker showcased EVs coming down the line including the 2023 Cadillac Lyriq, the 2022 Chevy Bolt EUV and the 2022 GMC Hummer EV. Speaking of AR, the Lyriq will feature this technology in its HUD with a customizable user interface.

While Tesla may be the most well-known autonomous vehicle on the market today, a plethora of other companies are testing different levels of autonomy to secure a safer transportation future. One of those is Mobileye, which showed off its automated, worldwide autonomous vehicle (AV) mapping capabilities, which currently can be found on 1 million automated vehicles worldwide. With its crowdsourced mapping platform, Mobileye has been able to map more than 4 million miles of roadways and plans to launch this technology in four new cities across the world, including Detroit. Adding to that is its partnership with Intel on LiDAR and radar sensors. The company says its silicon chip solution will provide a cheaper way to proliferate autonomous technology on a global scale.

Digitalization is paving the way for sustainability, according to Bosch. The company showed how it’s working to become “Sustainable #LikeABosch,” as its tagline for CES 2021 indicated. The company highlighted how its 400 locations worldwide became carbon-neutral by 2020. The next step, Bosch officials say, is to address emissions along the entire value chain, from procurement to product use. To do this, it’s leveraging industrial AI, which explains the physical world to machines. It also created a Cross-Domain Computing Systems division tasked with combining its capabilities in hardware and software engineering for vehicle computers, sensors and control units for all vehicle domains. Bosch said combining software and hardware in this way will reduce complexity in vehicle development and get new functions on the road significantly faster.

Combining virtual reality (VR), AI and a camera system, John Deere debuted a VR-based tractor meant to help improve precision during planting. The John Deere X-Series combine harvester is the most productive and efficient technology of its kind. With just one chance to harvest crops they’ve spent the entire year planning, seeding and nurturing, farmers leverage the robotic machine to make the most of that critical moment.