YORK, Pa. — RTI Technologies, a member of the Automotive Aftermarket Division of Robert Bosch LLC, has announced the addition of two seasoned sales professionals to its team. 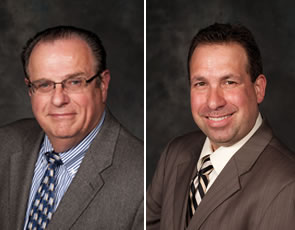 Currently serving as president of the Equipment and Tool Institute (ETI) board of directors, Cable also is a board member of the Automotive Repair Coalition (ARC), now known as the Automotive Business Coalition (CalABC) of California.

Cable began his career in the automotive industry with Sears in 1965 as a battery/tire technician, later becoming service manager, opening two new Sears Auto Centers. He then joined Sun Electric as a field sales manager and moved into national accounts management. He ran the Midwestern Firestone Training Center in Rockford, Ill., and has worked as a regional manager for Bear Automotive; a product manager for SPX; a national accounts manager for Allen Test Products and Computer Aided Services. Cable also served as the aftermarket sales manager for Midtronics, and later as vice president of sales and marketing for Cliplight Manufacturing, before joining Hickok in 2003. Cable will be based out of Hudson, Ohio.

Keith Korchma, east region sales director, will be responsible for sales leadership, driving revenue and contributing to product enhancements throughout the eastern U.S. and Canada. He joins the RTI team after a successful tenure at StreetGlow Inc., an aftermarket manufacturer of automotive electronic products. There, he served as the vice president of sales and marketing, responsible for directing sales and business development efforts. His efforts were specifically targeted to build mutually beneficial relationships with automotive parts and accessory shops.

Korchma brings more than 17 years of sales, business development and management experience to RTI Technologies. Over the span of his professional career, he has been a key contributor while holding multiple sales and management positions. Korchma will be based out of East Stroudsburg, Pa.