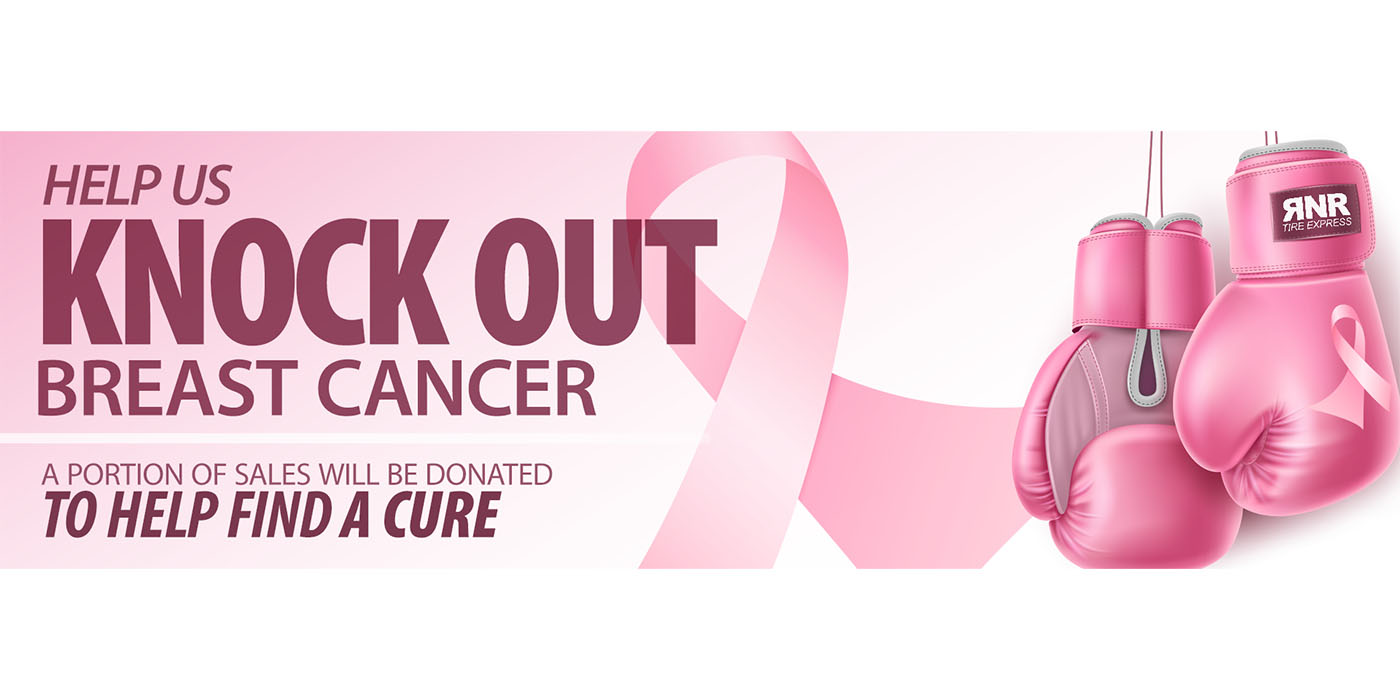 Participating RNR locations will donate a portion of all tire sales to foundations that support breast cancer research.

For the entirety of the month, participating RNR locations will be donating a portion of all tire sales to foundations advancing the cause of breast cancer research and the search for a cure. Family and friends of breast cancer survivors or fighters will also be able to nominate deserving individuals for a $1,000 cash prize, a set of new tires, and a VIP spa day package, courtesy of RNR Tire Express.

RNR Tire Express says the campaign is one of the proudest giveback initiatives the franchise takes part in, and expectations have been set for 2022’s system-wide involvement to raise more funds and impart a greater impact than any year past. And with more RNR Tire Express locations operating in more states than ever, a greater number of communities will be able to take part in that record-breaking ambition than has ever been seen in the campaigns history, the company adds.

“Creating lasting relationships at the grassroots level has and always will be a core tenant to how things are done here at RNR. Our annual Breast Cancer Awareness campaign being just one such method by which we do so,” said Larry Sutton, founder and CEO of RNR Tire Express. “After all these years hosting the initiative alongside a growing field of franchisees, it’s become an incredible contributor to our brand’s ability to give back what’s now reached over a million dollars to communities nationwide on a yearly basis.”