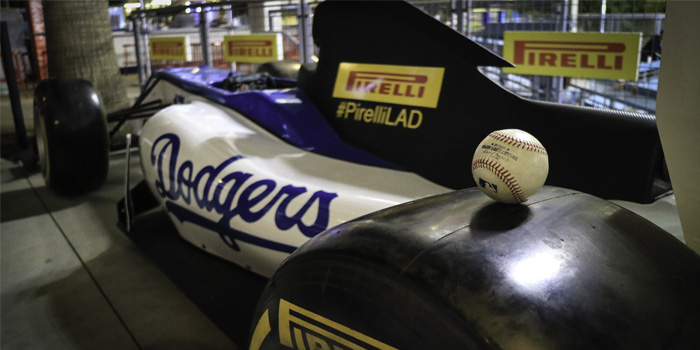 The partnership aims to integrate the brands and grow the relationship even further since they first joined forces in 2014 and help boost Pirelli’s presence in Southern California. 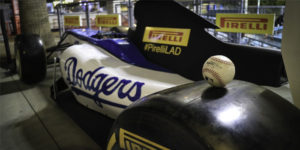 Pirelli has announced it will be a partner of the Los Angeles Dodgers in a new three-year partnership from 2017-’20, which kicked off with a co-branded #PirelliLAD sweepstakes competition on Dodgers.com. The expanded sponsorship includes in-stadium branding, retail promotions, event activation and limited edition co-branded merchandise. This partnership aims to integrate the Pirelli and Dodgers brands and grow the relationship even further since they first joined forces in 2014, and ultimately, help boost Pirelli’s presence in Southern California.

Drawing on Pirelli’s Formula One role and prestige focus via participating in the world’s best sporting competitions, a unique highlight for the partnership is a co-branded Pirelli/Dodgers custom Formula 1 car that will be on display at Dodgers stadium at home games, alongside Pirelli brand ambassadors to engage fans. Pirelli also will partner with the Dodgers on two special retail promotions.

The first sweepstakes competition, now live on Dodgers.com, enables fans the chance to win a Dodgers away game experience. The second promotion will offer a round trip to the Formula One Mexico Grand Prix in October.

The Los Angeles Dodgers have a fan following, both in Los Angeles and internationally. The brand is one of the most popular Major League Baseball teams in terms of fan numbers and engagement. As a partner, Pirelli branding will appear throughout the Dodgers stadium, including Home Plate rotational signage, Bullpen wall permanent signage and LED boards, also featuring Pirelli’s “Power is Nothing without Control” branding. Pirelli will participate in a Clayton Kershaw night bobblehead promotion and fans also will have the opportunity to buy co-branded Pirelli and Dodger limited-edition caps. Finally, a comprehensive social media campaign will support the partnership through home page takeovers of Dodgers.com, video and custom promotions.

“The Dodgers are the perfect fit for Pirelli. We share the same drive for excellence and we want to cast a wide net in Los Angeles for brand visibility. The Dodgers are an outstanding sports team and more importantly, an integral part of LA culture, and we want to be part of that. Therefore this is an excellent platform to reach our customers and amplify Pirelli’s best offerings, from Formula One to fashion and our top tier products being sold out of our P Zero World LA store. And stay tuned for a special ‘Dodger blue’ version of our new colored P Zero tires coming soon,” said Rafael Navarro, vice president of communications and motorsports.

Advertisement
In this article:Dodgers, partnership, Pirelli
Print
Up Next: