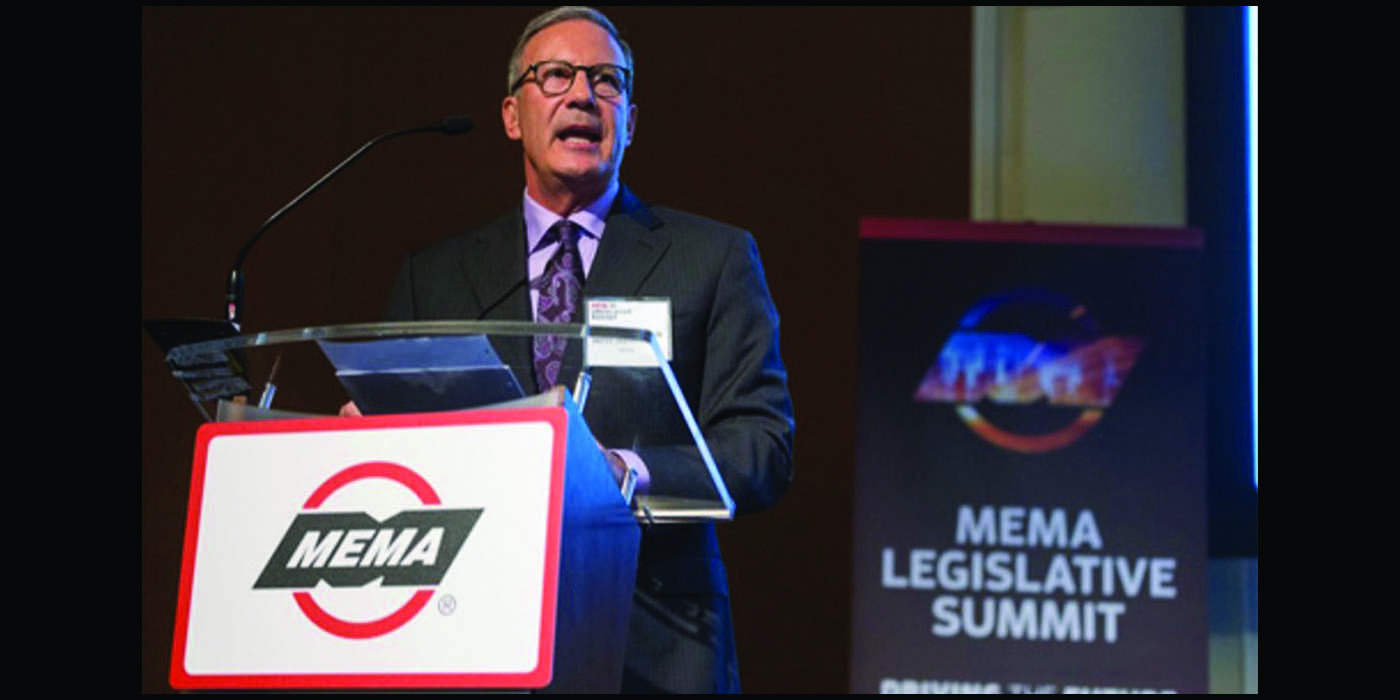 A native of Baltimore, Steve joined MEMA as president and chief operating officer of MEMA’s Automotive Aftermarket Suppliers Association (AASA) division and was named president and CEO of MEMA in 2013. Steve retired in December 2018.

An automotive aftermarket industry veteran of more than 40 years, Steve is known for his service to NAPA AUTO PARTS/Genuine Parts Co. for 18 years, including serving as NAPA president from 1998-2004. Steve later served as senior vice president, commercial, at AutoZone. He began his career as an outside salesman for Mighty Auto Parts, where he rose to vice president of sales and marketing.

“MEMA and our industry have lost a great one. Steve was a dynamic leader, consummate professional, and friend to all who worked with and for him at MEMA, and he left a tremendous legacy from his leadership. He will be mourned by the entire MEMA family, both employees and membership,” said Bill Long, MEMA president and CEO. “Steve was a man of integrity and always spoke highly of his wife Joann and children, making them his top priority. He was deeply involved in serving in his local Jehovah Witness Kingdom Hall and helping its young community. As a son of Charm City, Steve was a lifelong Orioles fan. Steve was also passionate about music and was undoubtably a superfan of The Beatles.”

Steve was awarded the MEMA Triangle Award in 2018, the organization’s highest honor, for his vision, passion, and dedication to the interests of the automotive industry.

Funeral arrangements are being finalized.

NABC Honors Bill Garoutte for Service and Leadership
Connect with us