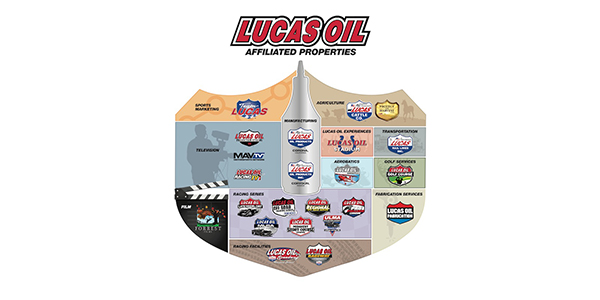 Founded in Corona, California, in 1989, the company was a manifestation of the desire of its founder, Forrest Lucas, to find a way to keep the engine of his big rig running smoothly over long-haul truck drives in sweltering temperatures on highways across Arizona and the American southwest.

This July, Lucas Oil Products, the American-based manufacturer and distributor of additive and lubricant products, celebrates 30 years as a producer of a diverse array of goods focused on extending the longevity of virtually any engine or piece of outdoor equipment.

Founded in Corona, California, in 1989, the company was a manifestation of the desire of its founder, Forrest Lucas, to find a way to keep the engine of his big rig running smoothly over long-haul truck drives in sweltering temperatures on highways across Arizona and the American southwest. Focused on solving his own dilemma, Lucas plotted the course for his own company by seeking to not only improve on the existing products in the marketplace, but also establish new categories that went beyond just heavy-duty trucks.

In the years that followed, the company grew exponentially as Lucas quickly built upon the four core products that started it all – Heavy Duty Stabilizer, Fuel Treatment, Power Steering Stop Leak and Transmission Fix. Shortly thereafter, Lucas Oil entered the marine industry and proceeded to introduce an outdoor/sportsman line before making a name for itself in motorsports. Soon enough, the fledgling business that began with just four employees tirelessly working toward making their dream a reality had become a company with 500 full-time employees. The global demand for Lucas Oil Products ultimately led to the opening of a state-of-the-art, 350,000-square-foot flagship distribution and production facility in the rural southern Indiana town of Corydon, just north of the Ohio River.

Today, Lucas Oil Products encompass a diversified range of segments in the automotive, powersports, marine, industrial, outdoor and motorsports marketplaces, many of which were created by Lucas himself. The company produces more than 300 premium oil products and boasts distribution to 48 different countries. Under the roof of each of its two production facilities, Lucas Oil is able to use its in-house formulas to blend and bottle every product and ship them around the world. The California facility handles distribution to Asia, Australia, New Zealand, South America and the western U.S., while the Indiana plant distributes to Canada, Europe, Mexico, the United Kingdom and eastern states.

“Our forte is making better products for industries and specialty situations that are not having their needs met by other oil products, and believe me, major oil companies have left a lot of weak spots,” said Lucas. “We have an excellent staff and a world of technology which we have gained through years of research. Together, we have done a great deal in a short period of time, and we intend to do a lot more.”

Advertisement
In this article:Annivesaries, Lucas Oil
Print
Up Next: