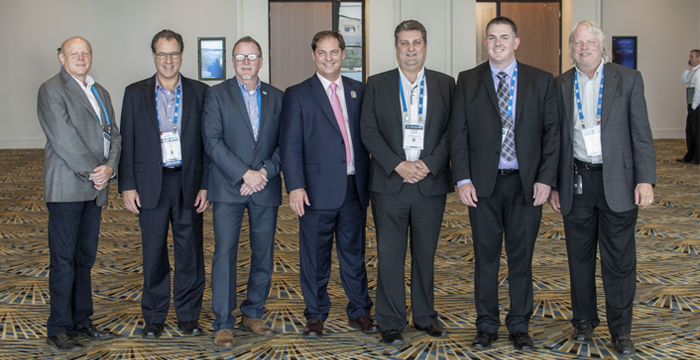 Several panels of industry experts talked about the impacts of that question. They also discussed many of the advancements and challenges presented by the impending revolution in wireless vehicle technology and how different parts of the market may be impacted.

Joining Babcox Media as an associate editor in 2015, Melanie Sayre graduated from Case Western Reserve University with a Bachelor of Arts in English with a minor in Civil Engineering. Currently, she works with aftermarketNews, covering news and taking photos. Contact her at [email protected] 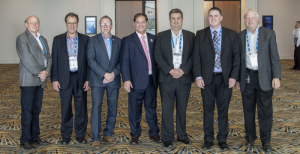 With smartphones and tablets increasingly becoming part of our daily lives, the world is already well on its way to going wireless. With that in mind, why should the automotive world be any different?

At the second annual Technology & Telematics Forum during NACE | CARS 2015 on June 22 in Detroit, several panels of industry experts talked about the impacts of that question. They also discussed many of the advancements and challenges presented by the impending revolution in wireless vehicle technology and how different parts of the market may be impacted.

Telematics, broadly defined, is the method of remotely monitoring how a vehicle is performing and acting through its internal computer systems. Donny Seyfer, chairman of ASA and one of the moderators of the forum commented, “[The vehicle owner] wants their phone to be an extension of their vehicle, or vice versa, depending on your point of view. So, a lot of what we’re talking about here when we say telematics is really the whole capability of the vehicle to broadcast and receive information.”

While the use of telematics in vehicles has been around for years since the advent of OnStar, it’s been just in recent years that vehicle manufacturers have really begun to focus on outfitting their cars top to bottom with telematics in mind. With these advancements to come, questions about regulation, privacy and the future of the aftermarket repair industry have quickly become pertinent topics.

For this reason, understanding the latest vehicle systems and the possibilities of the technology is imperative for today’s repair shops. However, opinions were mixed on whether aftermarket repair shops should be communicating with their customers about the industry’s latest telematic advances.

“The connected car is just another technology,” said Stewart. “We’re adding more and more features; things aren’t as simple as they used to be. … You have all these features, and the customer is having a hard time understanding how they work. So, the [informing the customer] is more important than ever.”

Stewart went on to say that vehicle diagnostic information is meant to encourage consumers to choose the repair option that is best for them, not to simply promote maintenance by the dealer.

“At GM, the focus has been on the vehicle owner getting the information sent to them via email so they can make the decision on where to get the vehicle repaired,” Stewart said.

Potter argued against starting a dialogue with the consumer regarding telematics: “From the aftermarket standpoint, I’d have to say no. The aftermarket has no access to any of these telematics systems in these vehicles unless it’s an aftermarket solution, so at this moment there’s no real reason for an aftermarket shop to have to discuss telematics with their customer because they have no ability to use it.”

But, with growing cybersecurity and consumer privacy concerns facing the profession, the major topic of debate in the forum was how the industry might strike a balance between protecting the consumer and enabling the sharing of vehicle information — who has access to the data, who owns the data, how is the data being moved around?

“That’s a very hot topic right now,” said Potter. “It’s something we’re all engaged in. I’m cautiously optimistic that we can continue to work toward some kind of common standard that will allow very secure vehicles that still allow data access for the aftermarket to be able to use. I think the answers are out there, but they’re not cheap or easy to implement. There is going to be a road we need to take to get there. But I think sooner or later, kicking or screaming, we’ll get there.”

Understanding the Internet of Things

The second panel focused on the “Internet of Things,” commonly referred to as simply “IOT.” The panel consisted of Seyfer as moderator; Harlan Siegel, vice president of LAUNCH Tech; and Udi Naamani, CEO of Fusepoint Ltd.

Naamani discussed the notion of the connected car: “In the Internet of Things, when ‘things’ equals cars, then we’re talking about the connected car. The way I see it, the connected car is a catch-all phrase including a lot of things that are going on. As many have mentioned before, the easiest [way to understand the application] is through the issue of diagnostics — road diagnostics and so on — but, another easy topic to relate to is all the infotainment available, and some people call that the connected car.”

The panel went on to discuss how the connected car and telematics have a broad scope, whether it be safety, infotainment or diagnostics. This Internet of Things is quickly becoming the “Internet of Everything,” where all of telematic information is being ported up into the cloud and is available to be pulled down when the repair shops needs it.

Knowing that the average diagnostician is around 45 to 50 years old, the panel discussed the implications of telematics on today’s workforce, and whether the ability to truly “catch up” with this information might be generational.

Siegel was on the side that, yes, there might be a generational knowledge gap with this new technology. He felt that the Internet was transforming and, with technology changing so rapidly, many of the Baby Boomers would struggle more than Millennials to keep up with the advancements.

Naamani, on the other hand, didn’t agree with that assessment.

“What I see is the different type of way [telematics] serves the customer,” Naamani said. “I don’t think it’s a generation issue; it’s just a different type of way to serve the customer. [Siegel’s] point of view is diagnostics — or prognostics — from the point of view of diagnostics. But giving the customer the knowledge and having the relationship with them even when they’re not in the shop, I think it’s not a generational thing, but just one of the benefits [telematics] has. If you sold them on the benefit of understanding telematics, any generation [of technician] would do it.”

The next speaker was Nathaniel Beuse, associate administrator for Vehicle Safety Research for the National Highway Traffic Safety Administration (NHTSA), who talked about the current vehicle research on the market. He commented that much of the public eye has been focused on the telematics industry, from the recalls to the advancements in technology. He noted that the advancements in technology were hopefully going to change the rate of cars impacted in crashes in the future.

From there, Alan Lustre and Katul Patel, two of GM’s advance service design engineers, took the stage. They discussed seven different technologies that they predicted would soon become staples in the vehicle telematics industry. Some of the products they envisioned hitting the market included a 360-degree surround vision camera with a curb view. They also forecasted that night vision cameras may become an option. This technology, which would be able to be recorded, would allow for the car to tell where other cars or pedestrians were in the case of an incident.

The application of this technology was introduced with an everyday example: How do you avoid a deer at night? Their answer was with the night vision aspect of the technology, drivers might you could see objects moving across roads further than where a car’s lights could see.

The first of three was the city speed front automatic braking. This would work from around 5 to 37 mph, at a distance of 95-100 feet away. If there was an object in front of you, a green car light would turn on. If the object in front of you was approaching at what the system deemed as being dangerous, an imminent crash alert would go off and the light would turn orange. If the user failed to respond, the brakes would be automatically applied, or if they weren’t applied enough, they would be aided. The presenters noted that the system could be easily turned on or off, and the driver could easily break out of it by pressing the accelerator.

The second was front pedestrian braking. This would be applicable in school areas or parking lots. As with the front automatic braking with cars, this would turn a green light orange and give an imminent crash alert if a pedestrian was detected. This would be available from 5 to 50 mph, but doesn’t work in the night hours. This, like the former technology, would have both automatically applied braking and boosted braking.

The last showcased technology was a lane keep assist with a lane departure warning. As the name suggests, the technology helps drivers from unintentionally drifting out of their lane by detecting where the left and right boundary lines were. When the technology is on and the driver is safely within their side of the road, a green light will be present. As the car begins to move outside of their lane, the light turns amber and a warning goes off on the side of the car that the driver is moving toward. If no action is taken, the technology will automatically correct the steering, but the presenters noted that it is not continuous steering. The goal is to avoid collision at best and to reduce severity if it happens. It was also noted that this was easily overridden by normal steering, and that they felt it was increasingly important due to the use of cellphones and other distractions while driving.

Lustre also commented on the levels of automation. There currently are a debated 4 to 5 levels of what is deemed as “automation.” The first level indicates that there is no automation, followed by the second of the technology monitoring the vehicle. The third level allows the driver to disengage from driving momentarily, but requires the driver to return, including buzzers and sounds to help them do so. The fourth and fifth levels are similar, just to different capacities, which is why it is controversial, but at both levels. Some say that the fourth level is universal — the fully autonomous car — while the others say that the fourth level is being fully autonomous in certain spaces. The reason for this is that there is some debate as to what happens when a car reaches a destination and a driver is required to take over.

Regardless of what the level of autonomy, Lustre and Patel noted that their goal was simple with all of the technologies that GM was currently making: “To prevent, to protect and to respond.”

The final two discussions were led, first, by Bernie Porter, engineer of MAHLE, talking about powertrains, and how, among many things, serial number checking was a thing that no OE had done, and how OEs were trying to find a better way to diagnose issues as they appeared.

The last panel, which was not originally part of the program, included Seyfer as the moderator, Stewart and Chris Chesney of CARQUEST, talking about the future of telematics. While much of this conversation was speculative, one thing was concrete: There is no end of the aftermarket in sight.

From NACE | CARS: Talking About The Future At The Technology & Telematics Forum 2015