Held during the second day of the Aftermarket eForum, the session covered the issue of excess inventory and unchecked supply chain costs. 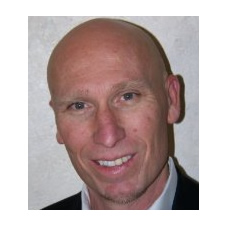 CHICAGO — In the second day of the Aftermarket eForum, Rod Bayless, product director of Epicor, along with an expert panel, tackled "The Supply Chain Gorilla" — better known as excess inventory and unchecked supply chain costs — during a breakout session.

In his presentation, Bayless reviewed some of the strengths of the North American aftermarket, namely world-class service levels and the fact the aftermarket captures a majority of post-warranty repair work. However, on the flipside, there are risks inherent in the aftermarket’s business models. Those are chiefly the fact it has “accepted significant value chain inefficiency” and that hundreds of millions of parts are eventually returned by the end-user.

As a result, attacking supply chain inefficiencies is a top concern for the aftermarket, Bayless says. More than ever, there is relentless pressure on distributors and retailers to maximize service levels, he added.

The cure for the ills of the supply chain is to increase channel visibility, Bayless says. This includes tools and methods to predict placement of parts in the channel, advanced distribution and delivery logistics, and a way to signal when to pull back parts to offset overproduction, according to Bayless.

Channel visibility is a requirement for modern retailing, which has been embraced by companies such as Walmart and Target and the vendors that serve them, Bayless says.

2013 Aftermarket eForum Kicks Off In Chicago