LUXEMBOURG – Dr. Reiner Beutel has been named chief executive officer of SAF-HOLLAND Group GmbH. His predecessor, Rudi Ludwig, announced he will retire from day-to-day operations, with the expiration of his contract on Feb. 28. Ludwig will remain on the board of directors of SAF-HOLLAND S.A. to provide strategic direction and guidance for the company. Beutel assumed the position of CEO on Feb. 2. 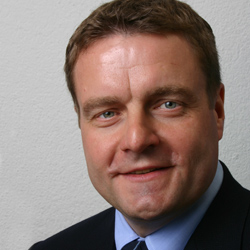 Beutel, 49, has held board of directors seats for Haldex AB, KUKA AG and Mirror Controls International. Prior to this, he was CEO and CFO of Schefenacker AG in Schwaikheim, Germany, where his responsibilities included the operational and financial realignment of this international automotive supplier.

Beutel began his career after studying business administration in Germany and the U.S. He earned a doctorate with a focus on strategic planning and controlling in 1986 while working as a business consultant at A.T. Kearney GmbH. Beginning in 1989, he spent 15 years at the Robert Bosch Group, where he served in a variety of positions with increasing management responsibility, his final position being president, chairman and CEO of the Bosch Power Tools division in Illinois.

“Dr. Reiner Beutel will strengthen our company as a proven industrial management expert with international experience, who will continue the growth and globalization strategy initiated by Rudi Ludwig and advance SAF-HOLLAND’s development under new economic conditions,” commented Dr. Rolf Bartke, chairman of the board of directors.