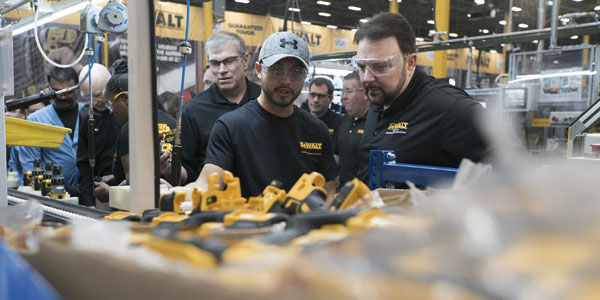 The DEWALT brand also has reached a milestone of 90 million individual products made in the U.S. with global materials in 2016. 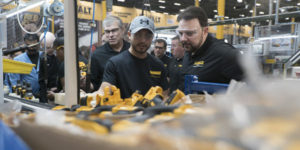 Across its seven U.S. manufacturing plants, the brand produced more than 90 million individual products made in the U.S. with global materials in 2016, an almost 50 percent increase from the 62 million individual products in 2015, just one year earlier. The company says this is a meaningful accomplishment toward the brand’s effort to expand its domestic manufacturing using global materials, an effort that began in 2013.

Frank Mannarino, president of DEWALT Professional Products Group, said, “Year after year, DEWALT has significantly increased its production of tools made in the US with global materials. We have worked hard to drive greater productivity and efficiency at our manufacturing facilities, delivering products with the same Guaranteed Tough quality customers have come to know and expect from the brand. We are a global brand proud to have been founded in the United States and proud to continue to manufacture in the United States.”

DEWALT says it understands that buying American products and building the American economy are important to its customers. Connie Grant, an employee at the Charlotte plant, said, “It makes me proud to work for a company that still values the American workforce.” DEWALT says it is committed to crafting tools as strong as its American pride. Click here to learn more about DEWALT’s American Pride.

Advertisement
In this article:Dewalt, manufacturing, milestones, tools
Print
Up Next: