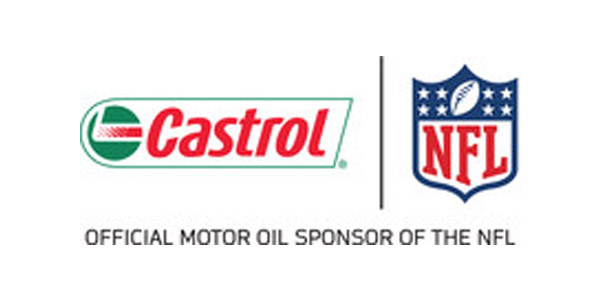 The partnership will position Castrol as the Official Motor Oil Sponsor of the NFL. 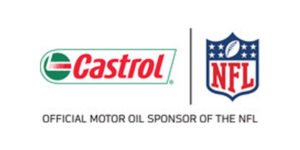 Castrol has extended its multi-year sponsorship agreement with the National Football League (NFL) and renewed its status as the league’s official motor oil sponsor.

“Castrol is excited to continue our multi-year partnership with the NFL that started in 2010,” said Ame Cameron, head of U.S. brands and communications for Castrol. “Castrol is committed to delivering superior automotive lubricants and innovative marketing programs to the millions of NFL fans.”

Castrol is renewing this sponsorship on the heels of two successful multi-year deals that showcased the strength and performance of its flagship Castrol EDGE product through the Castrol EDGE Clutch Performer of the Year Award and in the “Words of Strength” video series featuring NFL Defensive Tackle Vince Wilfork. The new agreement will allow Castrol to activate through multiple platforms including advertising, social media and on-site activations.

“We are proud of our long-standing partnership with Castrol, and we are pleased to extend that relationship for seasons to come,” said Renie Anderson, NFL senior vice president of sponsorship and partnership management. “We look forward to continuing to work with Castrol to create unique activations and experiences that resonate with football fans.”

To kick off the renewed partnership, Castrol will feature the NFL shield logo on select Castrol packaged products in the coming months. During the multi-year sponsorship, the brand will maintain category exclusivity in the motor oil and related lubricants field.

Advertisement
In this article:Castrol, Marketing & Strategy, NHL
Print
Up Next: