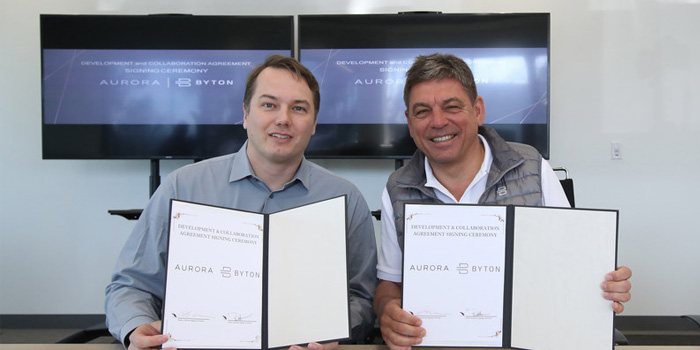 The partnership will help BYTON incorporate Level 4 autonomous-driving vehicle capabilities into BYTON vehicles and enable BYTON to become among the first group of carmakers to bring these cars to the market. 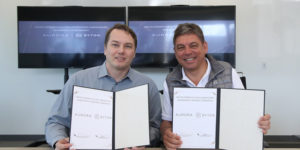 In the next two years, BYTON and Aurora will jointly conduct pilot deployment of Aurora’s L4 autonomous driving systems on BYTON vehicles. In addition, BYTON and Aurora will explore the use of Aurora’s self-driving system in BYTON’s series production vehicles. According to the Society of Automotive Engineers, L4 autonomous vehicles can drive independently in most environments, with the expectations that humans may need or choose to drive in some conditions.

“BYTON is designed for the age of autonomous driving. We are pleased to partner with Aurora, as Aurora is supremely focused on a mission to deliver the benefits of self-driving vehicles safely, quickly and globally,” said Dr. Carsten Breitfeld, CEO and co-founder of BYTON.

Dr. Daniel Kirchert, president and co-founder at BYTON, added, “I’m confident that Aurora will be instrumental in helping BYTON achieve its objectives as an innovator of smart, premium electric cars with Level 4 and Level 5 autonomous driving.”

Chris Urmson, CEO at Aurora, said, “We are excited to partner with BYTON, an innovator in the electric vehicle industry, to further advance our goal of delivering self-driving vehicles quickly, broadly and safely. We look forward to piloting this technology in California.”

Earlier last month at CES 2018 in Las Vegas, BYTON premiered its BYTON Concept and announced plans to design and build smart premium electric cars for the Chinese, U.S. and European markets. Sales are set to begin in China in 2019, and sales in the United States and Europe to start in 2020.

Advertisement
In this article:BYTON, Self-Driving
Print
Up Next:

Cover Story: Fast Track to Success
Connect with us