WASHINGTON, D.C. – Detroit is breathing a collective sigh of relief this today. At a press conference this morning, President Bush announced that his administration will give General Motors and Chrysler $17.4 billion in loans. The loans will come from the $700-billion in funds originally set aside for the bailout of the financial industry. 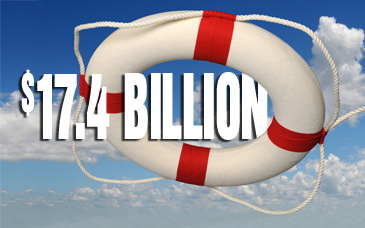 According to a report from the Detroit Free Press, terms for the loans include not only the conditions agreed to by congressional Democrats, but new limits sought on the UAW contracts, including matching wage and benefits of foreign automakers with U.S. plants by the end of next year.

The Free Press report stated that $13.4 billion will be available immediately to the automakers and $4 billion will be made available in February, assuming the Obama administration draws down the second half of the bailout funds. As was the case with the proposed legislation that did not pass, if the government does not feel the automakers have made enough progress in their turnaround by March 31, the loans can be recalled.