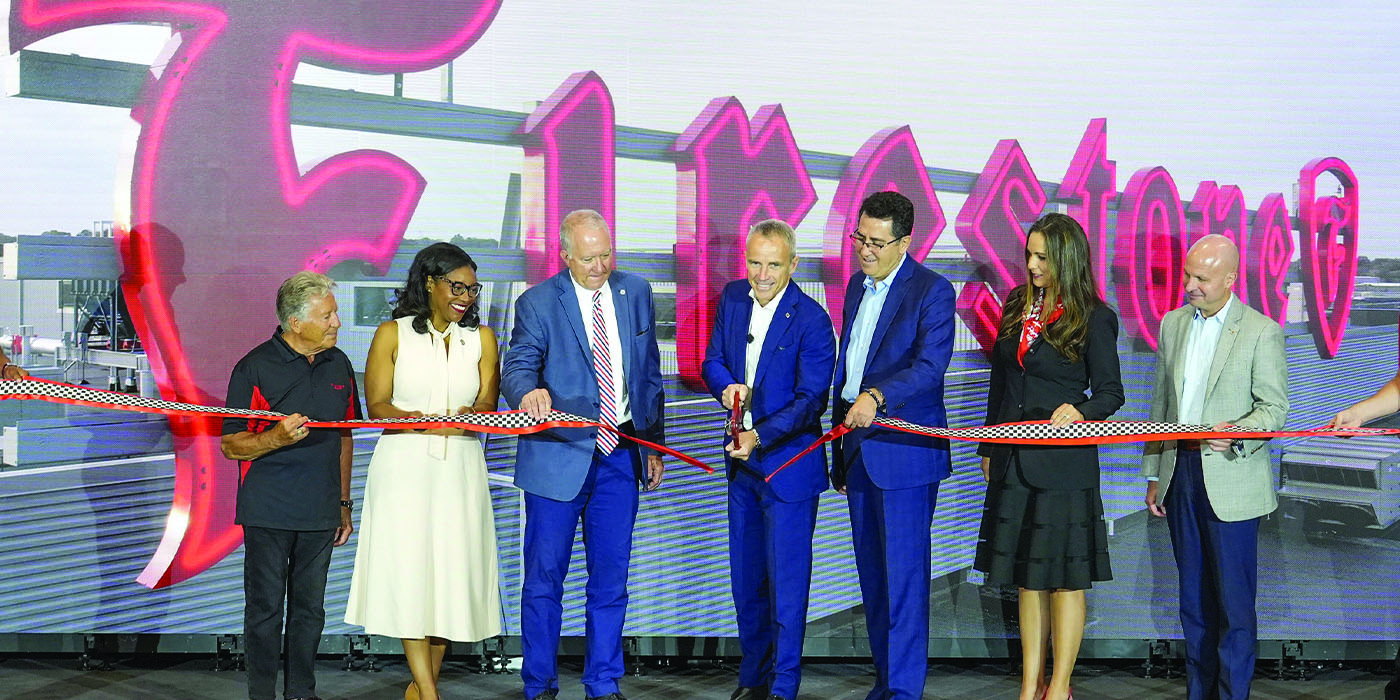 The $21 million facility in Akron, Ohio, will manufacture all Firestone Firehawk race tires for the NTT INDYCAR SERIES.

The new ATPC continues a legacy of tire manufacturing in Akron that began with the founding of the Firestone Tire and Rubber Co. in 1900. Bridgestone invested more than $21 million to build its new home for race tire production, which includes both new construction and the redevelopment of an existing structure. The ATPC also will manufacture small batches of specialty, prototype tires for testing and development purposes for both racing and on-road applications.

“The new ATPC is a reflection of both our proud history in Akron and racing while also exemplifying our company’s vision for sustainability in all aspects of our business,” said Paolo Ferrari, president and CEO, Bridgestone Americas. “For more than a century, Akron has been where our most advanced tires have been conceived, designed and built, and now we are furthering this legacy in a more sustainable production environment where the world’s best engineers, technicians and master tire builders will shape the future of tires and racing.”

Designed for more efficient and sustainable race tire production, the new ATPC uses 60 percent less energy than the company’s previous race tire manufacturing facility. Design and specification enhancements contributing to the increased efficiency include a more compact building footprint, insulated roofing, a more efficient boiler system, and high-mounted LED lighting throughout the plant. In addition, Bridgestone has purchased carbon offsets to cover the balance of its energy use to achieve carbon neutral operations at the ATPC, supporting the company’s global goal to be carbon neutral by 2050.

The new center is part of a series of investments Bridgestone is making in its Akron operations. In November 2021, the company announced a $6 million investment for the construction of a new test track adjacent to the ATPC to support passenger tire testing and development. The test track is scheduled to be completed in Fall 2022. Bridgestone has invested more than $125 million in its Akron operations since 2012, when the company opened the all-new Bridgestone Americas Technology Center.

Each season, more than 25,000 Firestone Firehawk race tires made in Akron are supplied to the NTT INDYCAR SERIES. Part of Bridgestone since 1988, Firestone has been the exclusive tire supplier for the premier open-wheel racing series in North America for the past 23 seasons, and its history in racing dates back to winning the inaugural Indianapolis 500 in 1911. As further proof of its commitment to motorsports, Firestone announced it will become the sole tire supplier for the Indy Lights Series starting in 2023. The ATPC will manufacture all tires for the Indy Lights Series.

Advertisement
In this article:Bridgestone, Sustainability
Print
Up Next: