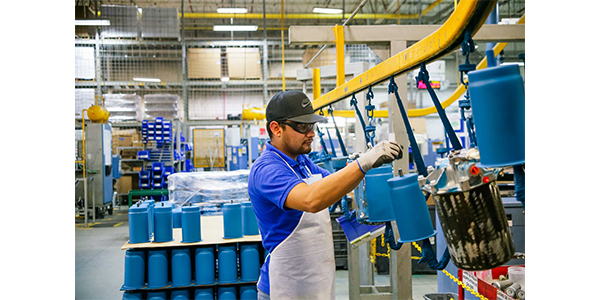 When it comes to remanufacturing, Bendix Commercial Vehicle Systems LLChas long extolled its advantages, from quality to cost-savings to sustainability. To put the benefits in numerical terms, the company cites 5,392 as one example – that’s how many tons of raw materials Bendix saved last year thanks to the metal components it reused in its remanufacturing operations. Another figure is 18,874 – the reduction in the company’s carbon footprint, measured in equivalent tons of CO2.

As it marks Global Reman Day on April 11, Bendix continues its emphasis on the benefits of remanufactured parts, while reaffirming the company’s decades-long commitment to industry leadership in remanufacturing.

Global Reman Day, an initiative of the Remanufacturing Industries Council, is an occasion to advance the remanufacturing industry through remanufacturer-hosted events and workforce development programs.

“Remanufacturing is a vitally important, growing aspect of our industry, and Reman Day is outstanding for building awareness,” said Maria Gutierrez, director of corporate responsibility and sustainability. “At Bendix, the triple bottom line – people, planet and profit – guides our reman strategy. Achieving sustainable, long-term growth is what drives us, along with consistently reducing the environmental impact of our company. The tonnages of new metal components and CO2 we save every year tie directly to our dedication to sustainability and environmental stewardship. Remanufacturing helps drive energy conservation, the reduction of raw materials usage, and the elimination of landfill space, which ultimately impact climate protection.”

Gutierrez continued, “Remanufacturing also directly aligns with our commitment to the United Nations’ Sustainable Development Goal 12 (SDG 12) – Responsible Consumption and Production. By remanufacturing products, components, or parts, our company contributes to the circular economy by extending the lifetime of those elements and creating value.”

A Refresher in Reman

What qualifies as a genuine remanufactured product? Global Reman Day offers another opportunity to revisit the ground rules.

“To qualify, a component must be factory rebuilt by the original equipment manufacturer (OEM) using a mix of reconditioned components and brand-new components from the same suppliers they use on original equipment,” said Henry Foxx, Bendix director of remanufactured products. “Wear components and items subjected to high stress or high temperatures, or subject to high fatigue or corrosion, are replaced with original spec components identical to those on a brand-new product. In addition to reducing the environmental impact of new part production, remanufactured components help reduce replacement costs and extend vehicle life.”

According to Foxx, remanufacturing is not to be confused with rebuilding – the terms are not interchangeable.

“Lower-cost alternatives to reman parts are often rebuilt rather than remanufactured,” Foxx said. “For instance, consider the example of a rebuilder breaking down the core of an air compressor for reuse. They may not have full access to OEM-quality replacements – and, consequently, they may simply clean or repaint the compressor’s parts, reuse the wear components, or replace them with inferior versions.”

Rebuilders may just reline brake shoes with new friction, instead of coining to return them to the proper OEM geometry. Also, OEM-level remanufacturers, like Bendix, conduct much more stringent postproduction testing, because they have the resources, rigorously monitored practices, and deep expertise already in place.

Advertisement
In this article:Bendix, Reman
Print
Up Next:

Continental To Sell Partition Panels For Cars
Connect with us