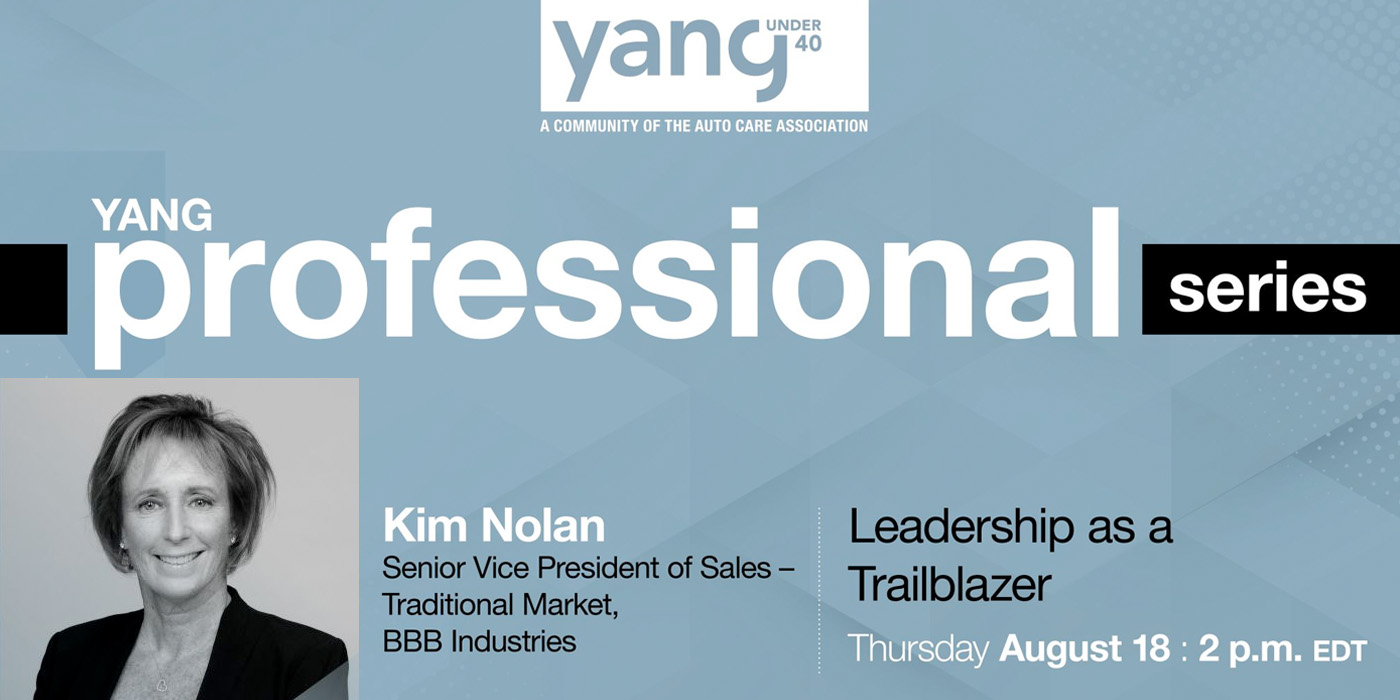 On Thursday, Aug. 18, Nolan will discuss the topic of leadership as a trailblazer in the automotive aftermarket.

The Young Auto Care Network Group (YANG), an under-40 community of the Auto Care Association, announced the next guest in its virtual networking series for YANG members and mentors will be Kim Nolan, senior vice president of sales – Traditional Market, BBB Industries.

The next YANG Professional Series event will take place on Thursday, Aug. 18, from 2 p.m. – 3 p.m. ET, where Nolan will discuss the topic of leadership as a trailblazer in the automotive aftermarket.

The YANG Professional Series is a virtual event that brings together YANG members to discuss critical Oindustry leader sharing their perspective on an important issue of the day.

Nolan’s current role involves managing an approximate $200M territory across the United States, including being responsible for a team of 10 and managing 10 outside sales agencies. Prior to BBB Industries, which she joined in 2006, Kim worked alongside her father for 17 years in their remanufacturing business, Genco Auto Electric.

Advertisement
In this article:BBB Industries, Networking, YANG
Print
Up Next: