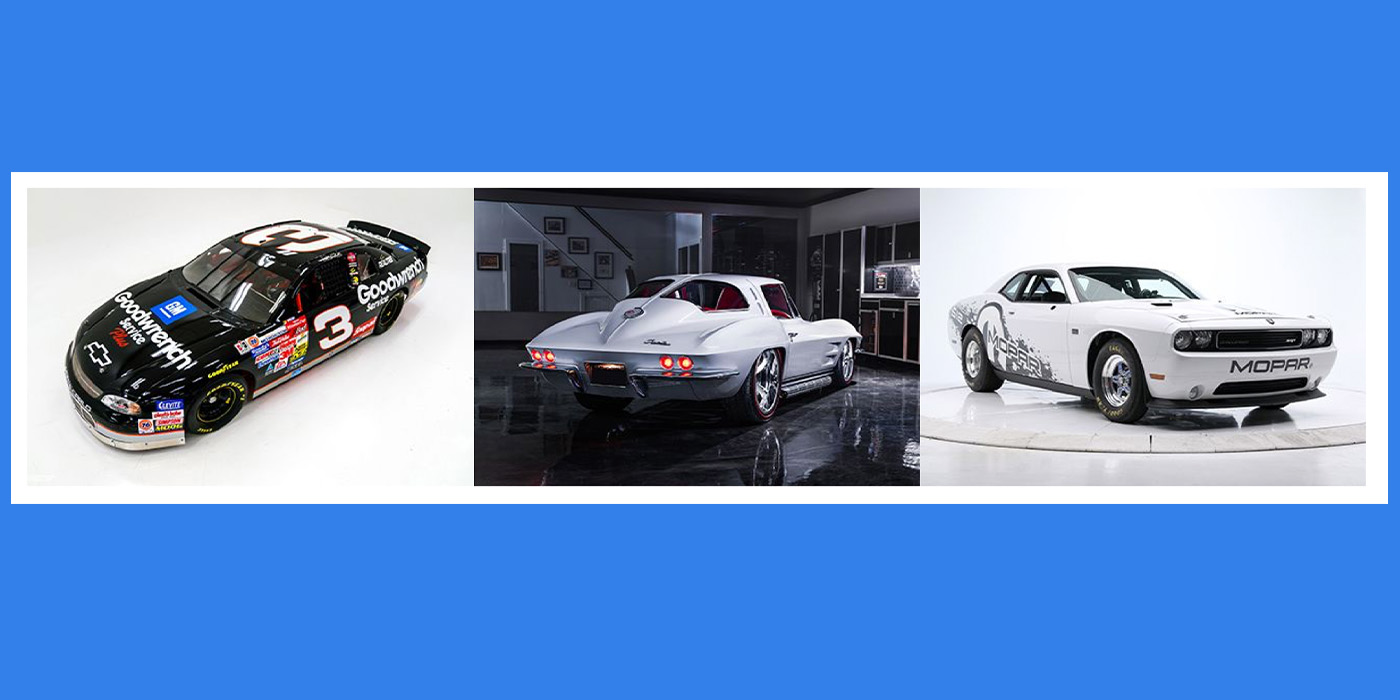 Barrett-Jackson, The World’s Greatest Collector Car Auctions, set two world collector car auction records and raised $425,000 for charity during its successful Online Only May 2020 Auction. During the online auction, which closed on May 17, Barrett-Jackson offered a limited selection of carefully curated vehicles and automobilia that brought in more than $3.79 million, including an amazing $425,000 for charity with the help of NASCAR team owner Richard Childress.

“The response to our Online Only Auction was incredible, with bidders and consignors participating in the action throughout the entire event,” said Craig Jackson, chairman and CEO of Barrett-Jackson. “We kicked off the auction by setting a world auction record for our very first Lot. Our two top sellers also were part of an exciting bidding war similar to one you’d experience during one of our live auctions. But the true highlight of the auction was teaming up with Richard Childress for the sale of his original #3 Dale Earnhardt NASCAR race car, which raised money for people whose health and livelihoods have been impacted by the current pandemic.”

The top vehicles that sold during the Barrett-Jackson Online Only May 2020 Auction include:

On Saturday, May 16, Barrett-Jackson and NASCAR team owner Richard Childress sold the No. 3 Dale Earnhardt-driven NASCAR race car (Lot #200) for $425,000 to benefit COVID-19 relief efforts across the United States.

“America is facing unprecedented times right now and it’s going to take everyone working together and making sacrifices to make a difference,” said Richard Childress, chairman and CEO of Richard Childress Racing. “I have so many memories of this No. 3 Chevrolet, including celebrating with Dale Earnhardt in Victory Lane. I will always hold those memories dearly, but now I am thrilled to see that the winning bidder will be able to build memories as well. I want to thank our bidder, who has chosen to remain anonymous. Feeding America and Samaritan’s Purse will use these funds to help people most in need right now.”

In addition to the collector car auction, Barrett-Jackson also sold a total of 228 genuine, authentic automobilia items for more than $266,000. The top five automobilia pieces include:

“This week’s Online Only Auction gave the collector car community a chance to join the excitement of a digital version of the Barrett-Jackson experience until we can return with our live auctions,” said Jackson. “We’ll continue to grow our online auctions between our live experiences, too, including integrating live streaming elements and providing a chance for our customers and fans to interact with us in real time.”

Barrett-Jackson’s Las Vegas Auction at the Mandalay Bay Casino and Resort from Sept. 10-12, and Palm Beach Auction, which was rescheduled for Oct. 15-17, 2020, will be held as scheduled, unless otherwise announced. Consignments for all upcoming Barrett-Jackson auctions are currently being accepted.

Advertisement
In this article:Barrett-Jackson, COVID-19, online auction, Philanthropy
Print
Up Next: