Holmberg will address convention attendees during the Awards Gala where, for the first time in 14 years, the Most Influential Women (MIW) in the Collision Repair Industry recognitions will be presented under the new stewardship of The Women’s Industry Network (WIN).

NORCROSS, Ga. – Doug Holmberg, AkzoNobel’s North American director of vehicle refinishes, will be one of the honored speakers at the 2014 Women’s Industry Network Educational Conference being held May 5-7 at Paradise Point in San Diego, Calif. 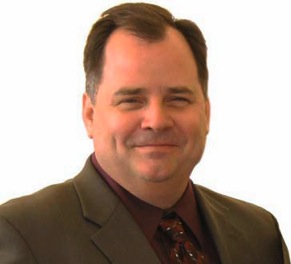 Holmberg will address convention attendees during the Awards Gala where, for the first time in 14 years, the Most Influential Women (MIW) in the Collision Repair Industry recognitions will be presented under the new stewardship of The Women’s Industry Network (WIN).

The 2014 WIN Conference will serve as the ceremonial event marking the “Passing of the Baton” of this industry program innovation to the ongoing governance of WIN. The MIW awards have been presented annually since the program was created by AkzoNobel in 1998. The first awards were made in December of 1999 in Atlanta, Ga., in conjunction with NACE.

The MIW award was established to recognize the value of strong leaders and the numerous leadership roles filled by women at all levels of the collision repair industry. In conjunction with the awards, AkzoNobel also developed the MIW Scholarship Fund. The fund, administered by the Collision Repair Education Foundation, was targeted at creating a method to aid the career aspirations of young women wishing to enter or advance within the collision repair industry. Under the vision of AkzoNobel, more than 70 women from across all sectors of the industry have received the MIW award to date.

“On behalf of AkzoNobel, we are extremely pleased that this pioneering program will now be sustained under the extraordinary leadership of the WIN organization,” said Holmberg. “Some of our earliest MIW award recipients were catalyst in helping form the foundation of WIN, so it is only fitting that this groundbreaking awards program be led by those who have benefited, are stakeholders and have a vested interest in its long-term success and growth.”

WIN acquired stewardship of the Most Influential Women program in 2013 and will perpetuate the spirit of the initiative as well as the awards ceremony as part of its annual member conference.

Collision: NABC Opens 2022 Elections for Board of Directors

Collision: CARSTAR Names Jason Wong as US Franchisee of the Year