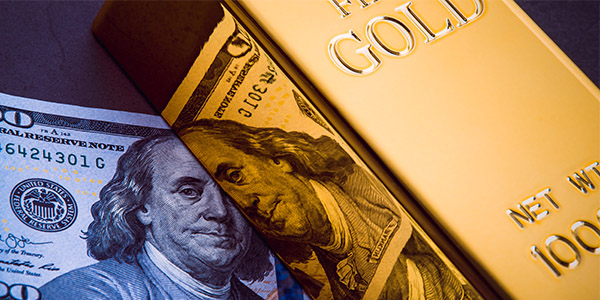 Will 2021 be the year of the electric vehicle?

For all his eccentricities, Elon Musk is a man ahead of his time.

According to Oilprice.com, Musk is not only the world’s richest man, with a net worth of $190 billion, but his business – Tesla – is now the sixth-largest publicly traded company in the U.S. Bigger than Berkshire Hathaway, bigger than Walmart.

While Musk and Tesla may have been the names to gain the most notoriety in the electric-vehicle space in recent years, they are certainly not the only players to pay attention to at the moment.

On Jan. 28, General Motors (GM) announced plans to be entirely carbon-free in both its global products and its operations by 2040. As part of its plan, the company worked with the Environmental Defense Fund to develop a shared vision of an all-electric future and its intention to eliminate tailpipe emissions from new light-duty vehicles by 2035.

To reach its goals, GM plans to “decarbonize” its portfolio by transitioning to battery electric

vehicles or other zero-emissions vehicle technology, sourcing renewable energy and leveraging minimal offsets or credits. GM plans to offer 30 all-electric models globally by mid-decade and 40% of the company’s U.S. models offered will be battery electric vehicles by the end of 2025. The automaker said it will invest $27 billion in electric and autonomous vehicles in the next five years – up from the $20 billion planned before the onset of the COVID-19 pandemic. More than half of GM’s capital spending and product development team will be devoted to electric and electric-autonomous vehicle programs.

As of press time, media reports indicated that Ford plans to be all-electric in Europe by 2030 as well.

“Brand loyalty can be fickle among EV owners,” said Brent Gruber, senior director of global automotive at J.D. Power in a press release announcing the new study. “While early adopters of EVs say they’ll remain loyal to EVs in general, staying with the same brand is not a sure thing. Auto manufacturers will have to keep EV owners and shoppers interested in their products beyond just the cost equation. With automakers expected to flood the market with EV launches during the next three years, to capture a share of the market they need to offer vehicles that evoke excitement and meet owners’ broader needs.”

When deciding which electric vehicle to buy, the most often-cited factor in the purchase decision is battery and driving range, according to J.D. Power’s study. Even after the purchase is made, range is still a critical element of the ownership experience. In both premium and mass-market segments, accuracy of the stated battery range and actual battery range experienced by the owner account for about 20% of owners’ overall satisfaction.

Molex, a global connectivity and electronics solutions provider, commissioned Dimensional Research to conduct “The Future of Automotive” survey in November 2020, polling 230 participants in engineering, product, procurement, R&D, supply chain, innovation or strategy roles at automotive companies with at least 1,000 employees. Survey respondents were asked questions designed to help them visualize what an average new car purchased in 2030 might be like, including top features, initiatives and innovations. Among the key findings, 91% of respondents said cars will be either fully electric (64%) or hybrid (27%); and 97% expected the issue of “range anxiety” to be solved by 2030.

A new study from researchers at MIT uncovered the kinds of infrastructure improvements that would make the biggest difference in increasing the number of electric cars on the road.

The researchers found that installing charging stations on residential streets, rather than just in central locations such as shopping malls, could have an outsized benefit. They also found that adding on high-speed charging stations along highways and making supplementary vehicles more easily available to people who need to travel beyond the single-charge range of their electric vehicles could greatly increase the vehicle electrification potential.

If the global COVID-19 pandemic and our increased usage of online shopping and home-delivery services these days is any indication (how many Amazon trucks have passed through your neighborhood today?), delivery vehicles will definitely be an area that could benefit from electrification in order to meet new U.S. and global emissions reduction goals.

GM estimates that by 2025, the combined market opportunity for parcel, food delivery and reverse logistics in the U.S. will be more than $850 billion. According to the World Economic Forum, demand for urban last-mile delivery, fueled by e-commerce, is expected to grow by 78% by 2030, leading to a 36% increase in delivery vehicles in the world’s top 100 cities. At the same time, this increase in demand is expected to cause delivery-related carbon emissions to rise by nearly one-third.

Mid-January, GM announced the launch of BrightDrop, which will offer an “ecosystem” of electric first-to-last-mile products, software and services to help delivery and logistics companies move goods more efficiently. The company has already completed a pilot program with FedEx Express.

Lightning eMotors, a Colorado-based provider of commercial electric vehicles for fleets, recently announced that it would be adding production capacity and additional space to meet growing demand from fleet customers for EVs.

According to Tim Reeser, CEO of Lightning eMotors, the new space will initially be used for development efforts around advanced motorcoach electrification and fuel-cell electric vehicles of all classes. “The second phase will support additional production capacity, important for ensuring we can support our 3,000-vehicle production plans for 2022,” he said.

“The additional space helps us to accommodate the increased number of electric van and truck projects that are contracted for 2021, as well as our work on charging infrastructure for fleets and electric motorcoach repowers,” added Keith Lehmeier, director of research and development for Lightning eMotors.

Don’t Forget About Repair And Maintenance

E-commerce auto parts retailer CarParts.com announced that its next big investment in the company’s growth will focus on EVs and hybrids. In recent months, CarParts.com’s product offering for EVs and hybrids has grown to include more than 700,000 applications for the repair and maintenance of hybrids, plug-in hybrids and EVs. The company has aftermarket EV and hybrid parts available for more than 25 popular vehicle makes, under its new specialized “EV and Hybrid Shopping Hub.”

While we have yet to see a major influx of aging EVs hitting the aftermarket repair window just yet, CarParts.com sees that time as coming soon. “As EVs and hybrid vehicles age, consumers are more likely to buy aftermarket parts. Drivers are still in the adoption phase, but we are now seeing a growing number of green vehicles hitting our sweet spot of 6 to 15 years old,” said CarParts.com CEO Lev Peker. “Over time, we’ve seen the number of EVs on the road grow and thus the need for more replacement parts. The EV wave is here to stay, and CarParts.com is here to be a part of it.”

Trends: The 4-Day Work Week: Not A Pipe Dream Anymore

The Impact Of Electrification On Business Strategy

Michelin Partners With Arity To Make U.S. Roads Safer
Connect with us