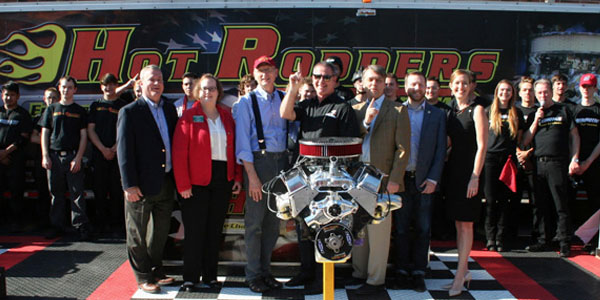 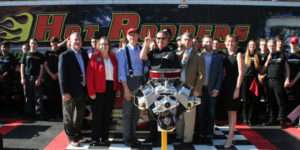 Aeromotive, manufacturer of high-performance fuel delivery systems and components for the automotive, marine and powersports aftermarket, celebrated the company’s 23rd anniversary last Saturday with an open house, car show, cruise-in and the Hot Rodders of Tomorrow (HROT) Qualifier. The event was attended by a number of state and city dignitaries, local automotive enthusiasts, area businesses, car clubs and media at the company’s headquarters in Lenexa, Kansas. The all-day event started at 8 a.m. and concluded at 5 p.m., with the announcement of HROT qualifying times announced at 4 p.m.

Steve Matusek, president and founder of Aeromotive, said, “In 23 years we’ve reached a lot of milestones, including most recently our announced partnership with Waterman Racing that brought our number of employees to 23 and added two additional locations – Charlotte, North Carolina, and Indianapolis. Every year we continue to grow, become more efficient and build on our passion for developing solutions for fuel delivery for racing and high performance. This does not happen in a vacuum. We are successful because we have the highest standards and a staff of people that love what they do.”

The open house launched the first-ever Aeromotive-sponsored HROT Qualifier featuring 12 teams from Colorado, Oklahoma and Texas. Seven teams qualified for the National Dual Championship playoffs from this event and are listed in descending order by their recorded time below:

Only eight teams from this year’s 15 scheduled events will proceed to the National Dual Championship to participate for the title and school scholarship funds at the 2017 SEMA and PRI Shows. Currently in the playoff standings, two teams from the Aeromotive Qualifier are in the top eight.

Other highlights of the open house include company tours of Aeromotive’s two facilities, a free lunch, multiple booths manned by WELD Wheels, Army recruiting office, Heartland Park and more. The president and general manager of Heartland Park, Scott Gardner, shared news about the many improvements that have been made at the park and plans for this weekend’s Menards Nationals presented by Minties Pet Treats scheduled for May 19-21, as well as the track’s addition of Pro-Mod’s, Nitro Harley’s and Jet Dragsters and concert.

“We have been busy all spring with multiple improvements including a new road track, lots of new paving, landscaping and lighting and now have added top name entertainment with the addition of country music artist, Jerrod Niemann,” said Gardner.

Advertisement
In this article:Aeromotive, anniversary, Hot rodders of tomorrow
Print
Up Next: