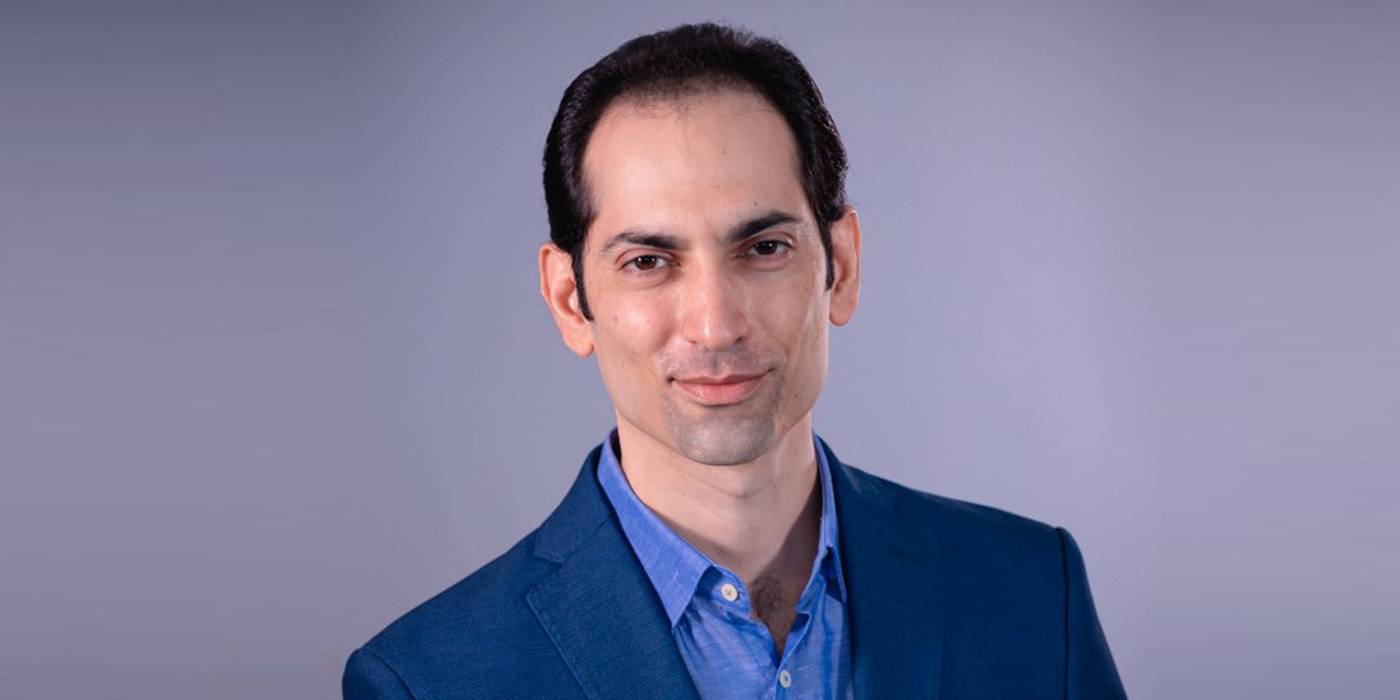 In this installment of “5 Minutes With,” we get to know Houman Akhavan, chief marketing officer at CarParts.com.

Correction: An earlier version of this article included an incorrect spelling of Mr. Akhavan’s name. We regret the error.

Every so often, our editorial staff selects one aftermarket industry professional to get to know a little better. Participants are asked to respond to a series of questions that can be answered in about the same amount of time you might spend chatting at the office coffee pot or waiting for an elevator. In this installment of “5 Minutes With,” we get to know Houman Akhavan, CMO at CarParts.com.

What was your first job in the aftermarket?

Right out of college, I started my first marketing agency in 2001. One of our first clients was US Auto Parts, which today is CarParts.com. I had a technology background, open source and things like that. Back then, the internet was just really kind of catching steam. My job was to build websites, leveraging technology to create the online experience. Back then, they were just a wholesaler of aftermarket auto parts in the local LA area. That was really just the beginning of my career in the automotive aftermarket. Now, 20 years later, I’m sitting here and having this conversation with you.

What do you like best about current your role?

Ultimately, I think we’re solving a customer need or problem. If you think about auto repairs, they’re not cheap and they’re almost always unplanned expenses. Myself, growing up, I always dreaded having to take my vehicle in for repair and getting an exorbitant bill. I think what we really offer consumers is a great way to save money and have transparency about what the cost of parts should be, and the convenience of shopping online and knowing the parts. There is something empowering about being able to solve a problem yourself rather than having to rely on someone else. Sometimes the repair may be more difficult, and you can get the parts online to come to the repair shop. You might be willing to listen to a YouTube video and get some direction on how to do that repair. But ultimately, I think it just kind of comes down to solving a customer problem. I think that’s what’s exciting about what we do.

Technology and entrepreneurship was something I always had a passion for. I kind of just stumbled on to the aftermarket, and then the rest of it took off. Today, if you look at the online market, auto parts is about a $40 billion industry, and we’re really just scratching the surface. It’s just exciting to be in a growing space – the innovation of it and educating consumers about a new way to shop. That is what keeps me motivated and keeps me going.

What do you like to do when you’re not at work?

I always love an adventure. One of the more recent hobbies that I’ve picked up is mountain biking. We have the Santa Monica mountains in our backyard, ton of trails and fire roads. That’s always a great way for me to kind of disconnect from the daily stresses of work. I used to enjoy snowboarding a lot too. That was a big passion of mine, but getting on a bike and going to the local mountains is a lot easier, and a little bit more accessible, so I’ve been doing more of that recently.

What one word would you say best sums up your personality?

Humbled. I think we’re all very fortunate to be in the space we’re in and have the successes that have been available to us, but you always have to be humble and stay down-to-earth. You never want to get too far away from yourself because, in this space we’re in, it’s ultra competitive. You have to always be focused and not get distracted. There are always different things that can kind of come at you, but I just try to be down to earth and humble. It’s also a great way to keep connected to my teammates and just, you know, be in the fight with them.

Mine is “unfinished business.” The reason that’s a motto for me … as I mentioned, I started my own company back in 2000, having my first agency and US Auto Parts being one of our first major clients back then. Then around 2004, the company was growing. They wanted to bring capabilities in-house because the company wanted to go public. I joined as a full-time consultant around 2004 and then came on as a full-time employee in January of 2006. At the end of 2014, I had left the company and started my second marketing agency.

Fast forward, I rejoined the company back in February of 2019. One of the mantras when I came back to the business was “unfinished business.” When I left in 2014, this company had so much potential of what it was capable of doing. We were in a great space because we had this vertically integrated model where we directly import the parts, housing them in our own distribution facilities and going direct to consumer. But, from an overall marketing strategy, the company really stagnated, with around $300 million in revenues for a number of years. So, when I came back to the business in 2019, I had to recruit some of the people I wanted to bring on board. And they were asking me, what’s going to be different this time around? I told them, “Unfinished business. You know what the business is capable of and there’s still so much to be done.” It worked and it stuck, and they believed in that. It’s still driving us today.

5 Minutes With Vintage Air's Allison Chisenhall-Harding
Connect with us