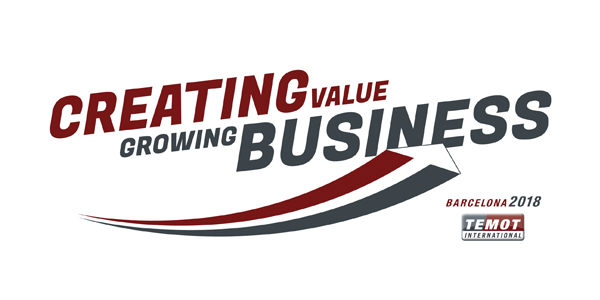 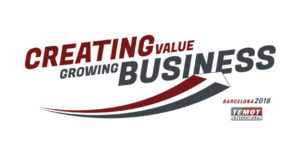 TEMOT International recently hosted its annual Spring Meeting & Executive Suppliers Event in Barcelona. True to the event’s motto – “Creating Value − Growing Business” – TEMOT’s most important networking platform for this year offered more than 400 high-level managers from the group’s shareholders, suppliers and service providers the opportunity to meet and exchange views about the latest market developments as well as current and future business opportunities. As another highlight in Barcelona, TEMOT International honored five suppliers with its Performance Award for their outstanding and successful work in 2017.

For the second time in a row, the three-day event was held in Barcelona. Following up on the event’s success in 2017, this year offered even better networking opportunities, the group says, because TEMOT International continues to grow strongly, particularly outside of Europe. Since January 2017 alone, 18 leading regional shareholders from all over the world have joined TEMOT International, both from the passenger car and the commercial vehicle segment. Stakeholders used the opportunity to get up-to-date on TEMOT’s focal topics such as value creation through the network as well as the group’s IT, data and procurement services. In addition, the event proved the perfect framework to establish personal contact between TEMOT shareholders and suppliers, e.g. in more than 1,800 organized face-to-face meetings.

As in previous years, the event formed the perfect setting for presenting the prestigious annual TEMOT Performance Awards for the year 2017. These awards are given to suppliers from five categories in recognition of their superb work, extraordinary commitment and their contribution to the mutual success during the past year. All awards were handed over personally at an award ceremony by Fotios Katsardis, CEO and president of TEMOT International, and TEMOT board members Uri Winkler, chairman of the TEMOT board and CEO of Autoworks; Stephan Westbrock, CEO of SELECT AG; Piotr Tochowicz, CEO of Moto-Profil; Taner Kavkaci, managing director and chairman of the Tatcom Board; Thomas Jensen, CEO of CAC; Jussi Huhtanen, CEO of the Atoy Group; and Chris Hutchinson, CEO, international relations of the Nova Group.

The “Global Supplier” award was given to Schaeffler. In the category “Sales & Marketing,” TEMOT International honored the company ElringKlinger. The category “Logistics” was won by the Danish supplier Nissens, and Bilstein Group took the award in the “Commercial Vehicles” category. Finally, the “Supplier of the Year” award went to the Continental Group.

“Since the last annual spring meeting, TEMOT International has witnessed significant growth,” said Fotios Katsardis, CEO and president of the group. “We have won many new shareholders in the past 12 months – only companies which rank among the most important aftermarket players in their respective countries. In doing so, we have been able to rapidly expand our global network, which now comprises 76 shareholders on five continents and directly serves 20,000 workshops, generating annual turnover of more than 10 billion euros. In doing so, we have once again strengthened our role as one of the largest value networks in the aftermarket.”

Katsardis concluded, “TEMOT will be celebrating its 25th anniversary next year, meaning that the group, its shareholders and business partners have an exciting and eventful year 2019 ahead of them. In particular against that backdrop it was a true pleasure seeing that our networking platform is really working and that TEMOT shareholders and suppliers use the event for exchanging information and generating new business. In addition, it was an honor for us to hand over our Performance Awards to this year’s winners. They all did a tremendous job in the past year and deserve our acknowledgment.”

Advertisement
In this article:TEMOT
Print
Up Next: