Twelve Automakers Agree to NASTF's New Service Information Standards - What Does this Mean for Right to Repair? - aftermarketNews 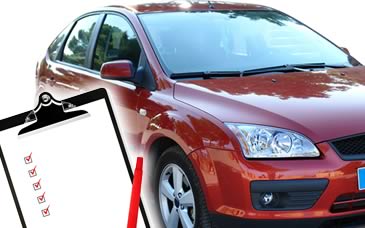 NASTF has requested that each auto manufacturer renew its commitment to make service and training information and tools accessible to all repairers on an equal basis by signing an agreement with NASTF.

So far, 12 automakers have already signed agreements and the remaining manufacturers have the agreement in various stages of review and approval, according to NASTF.

Under the new NASTF Service Information Standards, the Definitions will define what’s covered and what’s not covered; the Standards will stipulate how OEMs will ensure open accessibility; and the Information Request and Resolution Process will provide checks and cross-checks, including the possibility of binding arbitration if needed, to identify and assess any potential information gaps. Much of the Standards embody the practices that have been in place for over six years at NASTF, but one new element is a binding arbitration backstop in the NASTF Dispute Resolution Process.

Commenting on the announcement NASTF Chair Charlie Gorman said, “We have now met one of our major goals for both our organization and the service industry at large. We have clearly defined how NASTF will work in the future and empowered its diverse membership to solve problems. This also addresses several questions about putting “teeth” into the NASTF process. We believe the time has come for everyone in the industry to support what really works – a unified, progressive, effective NASTF.”

NASTF was created in 2000 as a not-for-profit, no-dues task force to facilitate the identification and correction of gaps in the availability and accessibility of automotive service information, service training, diagnostic tools and equipment and communications for the benefit of automotive service professionals. NASTF serves as a facilitator for the “handshake agreement” first established between the automakers and the Automotive Service Association (ASA) in 2002. NASTF was officially incorporated as a 501(c)-6 organization in 2006.

“In my opinion, the announcement is very significant and represents the culmination of several year’s work to overcome the objections that have been expressed by proponents of a legislated solution,” said ASA’s Chief Staff Executive Ron Pyle. “The ASA/OE Service Information Agreement was the first step in this process. The subsequent formalization of NASTF and the development of the Service Information Standards, which include a very specific dispute resolution process with binding arbitration to give it teeth, each represent historic milestones in aftermarket/OE cooperation.

“We certainly hope that it will once again demonstrate to the industry that the voluntary efforts of the task force are not merely cosmetic, but tangible, practical solutions that will serve repairers and consumers well into the future,” Pyle added.

The National Institute for Automotive Service Excellence (ASE) agreed to formally manage NASTF after the task force was officially incorporated in 2006.

"ASE supports any initiatives that will help to provide our working certified professionals with the tools and information they need to keep America moving," said Tony Molla, ASE VP Communications. "We applaud the automakers that participate in the Service Information Standards and hope that our entire industry will see the value NASTF provides and support the effort."

While nearly all aftermarket associations play some role in NASTF, not all interested parties are in agreement. Opponents have been actively lobbying for a more binding legal agreement for nearly a decade. On a national level, the latest version of the Motor Vehicle Owners Right to Repair Act (HR 2649) had 55 sponsors, as of Oct. 8. The bill is still pending but is not expected to pass in the few remaining days of this session of Congress. Proponents of the bill expect it to be reintroduced with the next Congress in January.

At the state level, a number of states, including Massachusetts, New York, New Jersey and Oklahoma, have introduced their own versions of the Right to Repair bill in the past several years. In October, the New Jersey Assembly passed the Motor Vehicle Owners’ Right to Repair Act (A-803) by a vote of 49 in favor, 22 against and 8 abstaining, just days after the Assembly Consumer Affairs Committee approved the bill by a 3-2 vote. The bill now moves to the New Jersey Senate for consideration.

Aaron Lowe, vice president of government affairs of the Automotive Aftermarket Industry Association (AAIA), which spearheaded the Right to Repair legislation, acknowledged that while the announcement from NASTF that some of the vehicle manufacturers have agreed to non-binding arbitration is definite progress, he said there are still considerable problems with the system that has been established. “Of greatest importance is the fact that arbitration is a long and expensive process which will be very difficult for most repair shops to undertake,” said Lowe. “In addition, AAIA is very concerned that no financial penalty will be imposed as a deterrent on manufacturers for a failure to make the information available.

Lowe added, “It is also important to note that the agreement contains multiple exemptions that could undermine its effectiveness in assuring that independent service facilities have the same access to tools and information as the manufacturers provide to their new car dealer franchises. These exemptions include diagnostic information, which is provided to dealers over car company hotlines and which does not need to be made available despite the fact that this is often critical information needed to effectively repair a vehicle. The agreement further does not cover information that is provided by car companies to tool manufacturers so that they can include the same capabilities in tools that are affordably provided to the independent repair shop. Further, due to anti-trust laws, the arbitration system cannot address the cost of information to repair shops meaning that the companies are free to charge whatever they want for information and tools as long as they are not covered by the service information rules in the Clean Air Act.”

The Automotive Aftermarket Suppliers Association (AASA) several years ago opted to take a more neutral ‘watchdog’ approach on the issue. AASA President and COO, Steve Handschuh, sits on the NASTF board.

“This agreement marks a major milestone in negotiations between the automotive aftermarket and the carmakers, and it will help ensure that independent service professionals have the information needed to repair vehicles,” said Handschuh. “It is a significant accomplishment by NASTF and represents a great deal of hard work and dedication by its board members and its volunteers from the OEMs and the aftermarket.”

The next General Meeting of NASTF is currently scheduled for Tuesday, April 21, 2009 in Detroit in conjunction with SAE’s World Congress.