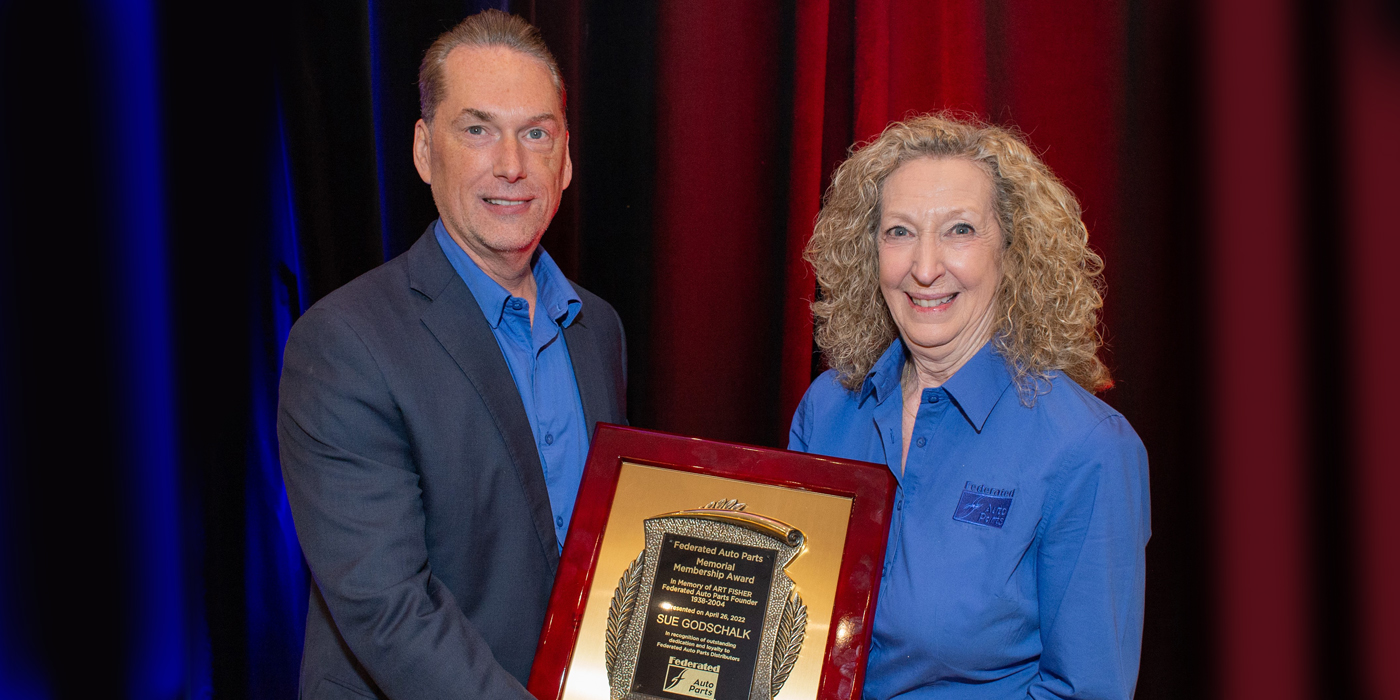 “The Art Fisher Memorial award is Federated’s highest recognition and this year it is presented to someone who has been instrumental in the success of Federated since its founding,” said Fisher. “Sue has dedicated her professional career to the betterment of Federated. She is well respected by members and vendor partners and is one of the most influential leaders in the aftermarket. I know my dad would be very proud that Sue has received this award in his name, and he would also be impressed that we were able to surprise her. There is no one more deserving of this honor than Sue Godschalk.”

During her 36-year career at Federated Auto Parts, Godschalk has held several management and financial roles of increasing responsibility, including office manager, assistant general manager, treasurer and vice president, before being named president in 2020. Early in her career, she worked as a jobber store manager, learning the business from the ground up before joining Federated soon after it was formed.

Named after Federated founder Art Fisher, the Art Fisher Memorial Award is presented annually to a member of the Federated family who has demonstrated unwavering dedication to the success of Federated Auto Parts, its members and initiatives. Award recipients also have a history of sharing their time and expertise for the benefit of all members and have served in industry roles, representing the interests of the Federated membership.

Advertisement
In this article:awards, Federated Auto Parts
Print
Up Next:

Auto-Wares Group of Companies Names 2022 Tech of the Year