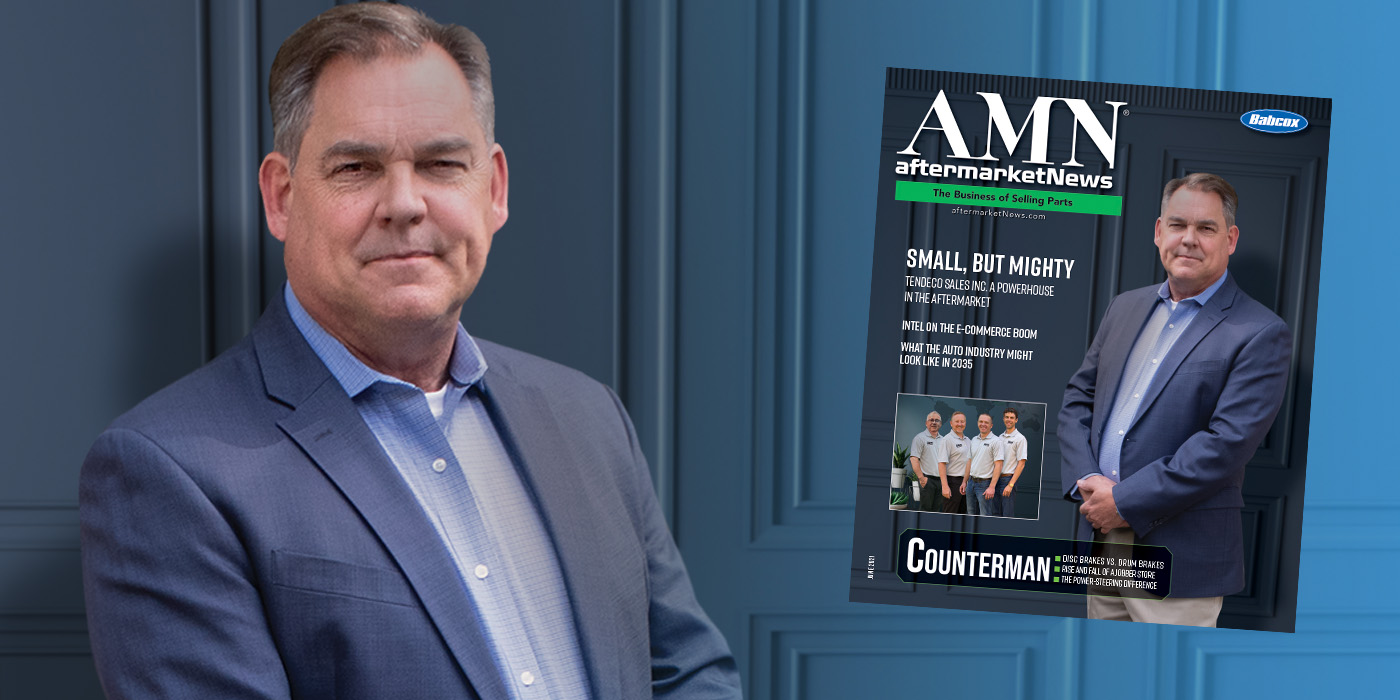 How John Lussier and his team at Tendeco Sales Inc. have created a quiet powerhouse in the automotive aftermarket.

Litens Automotive Group has been in business for four decades. However, you likely only began to hear about the company in the early 2000s, through its wholly owned subsidiary Tendeco Sales Inc.

Highly respected as an innovator specializing in powertrain system engineering and component supply, Litens is known as the inventor of the tensioner.

Litens was founded in 1978, after the founders invented the spun accessory pulley. That invention allowed OE engine designers to consolidate all the accessories on one belt. With longer belt spans, issues with tension control and stretch and wear became a limitation for the OEs to implement the serpentine drive system. This technical challenge was met with the invention of the accessory drive belt tensioner. Subsequently, with the advancement of timing belts systems, Litens again came to the rescue and invented the modern-day mechanical timing belt tensioner

Litens released the first accessory drive tensioner – or fan belt tensioner – in 1978 for the Ford Mustang. The company currently supplies more than half the OE market worldwide, with more than 70 OEM customers and nearly 20 Tier 1 customers. Tendeco Sales has been supplying the North American aftermarket since 2003, working with such well-known names as Continental, Gates, Schaeffler and a variety of retailers and WDs.

“We initially chose to go to market through channel partners such as Gates, Continental (then Goodyear Veyance) and Schaeffler. This approach was very successful during the nascent stages of the tensioner aftermarket. As the product and market evolved, Litens/Tendeco has also evolved. A significant portion of our business is now derived by selling to the retail and WD segments,” said John Lussier, president, Tendeco Sales.

Based in Dublin, Ohio, Tendeco Sales today is led by Lussier and his small but mighty team of 10 here in North America, who collaborate with a much larger international employee base. Globally, the company employs roughly 2,000 people at eight manufacturing locations (in China, Germany, Canada and Brazil), three major Engineering & Development sites, one manufacturing licensee in Japan and sales offices in all major automotive markets, including Detroit, Frankfurt, London and Suzhou, China, just to name a few.

“With our extensive experience and portfolio of products designed to the highest standards (IATF 16949 & ISO14001 registered), Litens is well-positioned to support the current and future needs of this fast-changing industry,” said Lussier.

This past year, Lussier says, was proof positive that Litens/Tendeco Sales have the agility to face quickly changing market dynamics today – whether it’s a global pandemic, or an evolving car parc.

At a time when many companies were slowing down, or even halting production, Litens/Tendeco saw historic growth over the past year as the COVID-19 pandemic created major slowdowns in the automotive supply chain.

“I think the most challenging thing at the moment is the global supply chain,” said Lussier. “We source components and finished goods from all over the world. This pandemic has created a supply bottleneck for raw materials, manpower shortages in manufacturing and delays in transportation and logistics.”

Lussier said Litens and Tendeco kept a close eye on these challenges and took a bit of a proactive risk by placing orders well in advance of its customers’ requirements, “so that when the peaks and troughs of demand became apparent, we were better able to respond to our customers’ needs,” he said.

“Due to the global supply issue, we saw our normal lead times getting longer and longer. We quickly realized we had to place orders further and further out to ensure product would be in our warehouse for national distribution when our customers needed them,” he said.

“I strongly believe that our taking on this assumed risk was the way to not only survive, but to thrive. This policy we have installed at Tendeco/Litens will gain new customers in a time when companies are not taking any chances.”

This wise move created historic growth for the company, which Lussier is confident will continue. “This will happen as a result of our continuous improvement in our distribution capabilities, our never-ending supply of new Litens-owned technology and our enviable fill rates,” he said.

In fact, Tendeco/Litens has garnered numerous awards from its customers for its great fill rates, innovation and quality.

Active Pursuit Of The Future

Outside of the company’s ability to be agile in the face of a global pandemic, Tendeco/Litens also is looking ahead to the shifting makeup of the automotive car parc over the next decade.

Lussier said Tendeco/Litens is actively pursuing a solution for the EV/hybrid EV market through the development of thermal management systems to cool electric motors, batteries and manage cabin temperatures.

“We will be doing so either through valving or through some form of power transmission, whether it’s through a belt or some other way,” said Lussier. “We adapt when and where it’s necessary,” he said.

When it comes to other next steps and future growth, Lussier said he sees the company putting more focus on the WD and retail segment as well.

Manufacturing: Bosch Releases 455 New Aftermarket Parts In 1st Half Of 2021

MotoRad Honored With WITTDTJR Award From AutoZone Mexico
Connect with us