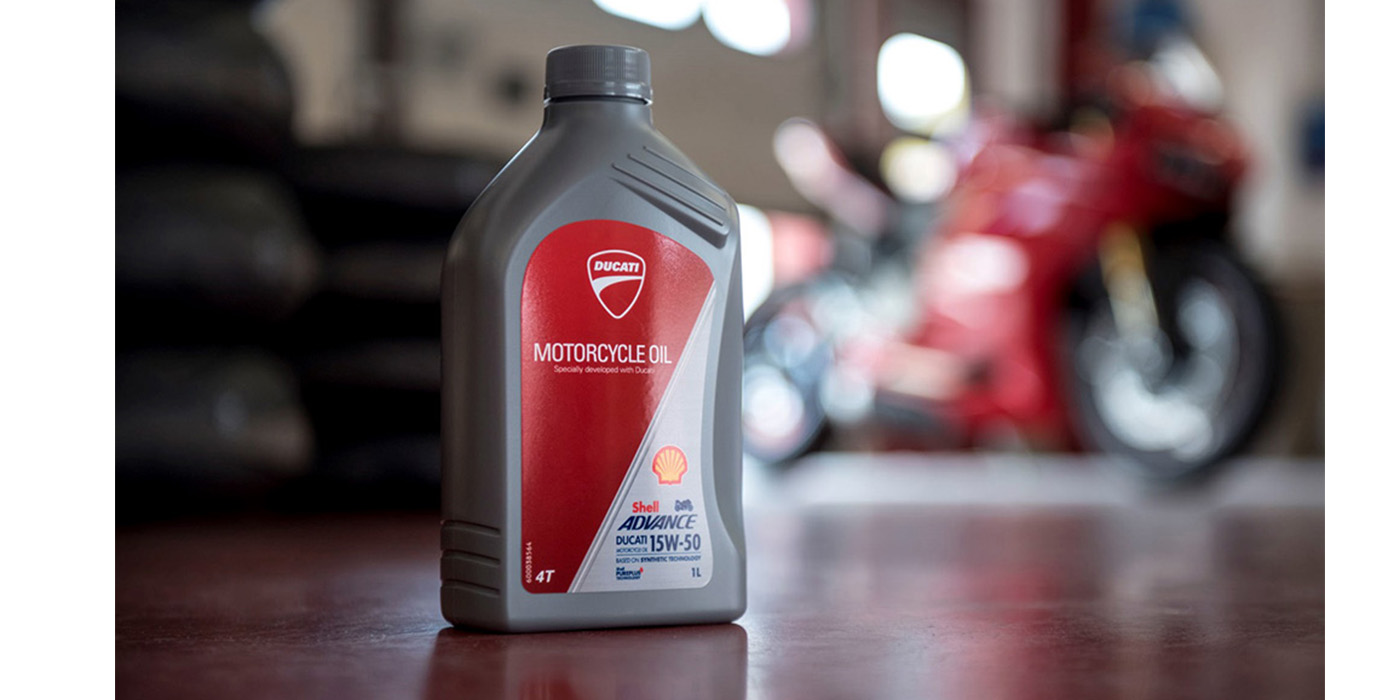 Shell and Ducati announced the three-year renewal of their engine oil first fill agreement for all Ducati motorcycles produced at its factories in Bologna (Italy) and Rayong (Thailand). In addition, Ducati is extending to Germany, France and UK its aftermarket agreement with Shell for the exclusive Shell Advance Ducati engine oil, which already covered the Italian and North American markets.

Ducati owners benefit from innovations developed through Shell and Ducati’s technical partnership in MotoGP and World Superbike, where Shell’s products have been tested in the most challenging and competitive environments for the past 21 years. The co-branded oil Shell Advance Ducati, specially developed for Ducati road bikes, is available for aftermarket engine oil changes. This bespoke blend of Shell Advance uses Shell’s proprietary PurePlus technology and is designed to offer complete protection by keeping pistons clean, protecting against engine wear and protecting bike engines at high temperatures1.

Claudio Domenicali, Ducati Motor Holding CEO, commented, “The transfer of knowledge from racing to product is a natural process for Ducati. We have also adopted this approach in the development of our partnership with Shell, which has been successfully working alongside us at every circuit for over 20 years. Shell Advance Ducati 15W-50 has been created for this, with the aim of providing our passionate Ducatisti with a product as high-performance and effective as the engine oil used by our teams on the track.”

Steve Reindl, Shell VP, Global Key Accounts and New Business Development and Strategic Partnerships, stated, “We are pleased that our close working relationship with Ducati on the track continues to grow every year to bring the performance benefits of our Shell Advance motorbike oils to more Ducati owners around the world. Just as we have committed to helping Ducati achieve success in the Moto GP and World Superbike Series, we are committed to offering Ducati enthusiasts on the road the best oil technologies.”

Shell and Ducati began their journey together in 1999, with Shell supporting Ducati Corse in the World Superbike Championship, before the two later joined forces to contest the MotoGP World Championship. The technical partnership – which was renewed for a further three years (2020-2022) in October 2019 –  is one of the most successful in premier motorcycle racing, with over 150 race wins in total, and seven Riders’ World Titles in MotoGP (2007) and the World Superbike Championship (1999, 2001, 2003, 2004, 2006, 2008). All race bikes used by the Ducati Team in MotoGP and by Aruba.it Racing – Ducati team in WSBK, run on bespoke race formulations of Shell Advance motorcycle oil.

Advertisement
In this article:Ducati, Shell
Print
Up Next: