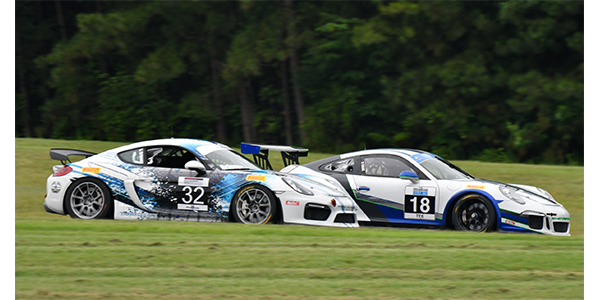 With Pirelli also being a valued original equipment supplier to Porsche, and the two companies together pioneering the concept of “marked tires” – bespoke tires created for a specific model – in the 1980s, the synergy between Pirelli and Porsche has never been closer, the two organizations say. 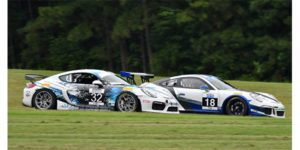 Pirelli announced this week that it is continuing and enhancing its support of Porsche Club of America for the next three years. This is the largest Porsche Club in the world, with more than 130,000 members over 145 regions in North America.

With Pirelli also being a valued original equipment supplier to Porsche, and the two companies together pioneering the concept of “marked tires” – bespoke tires created for a specific model – in the 1980s, the synergy between Pirelli and Porsche has never been closer, the two organizations say.

As part of the enhanced agreement, Pirelli will sponsor six national programs: PCA Club Racing, PCA High Performance Driver Education, PCA Autocross, Porsche Parade and PCA Treffen driving tours as well as the iconic Werks Reunion at Amelia Island. These are all events taking place across the country that bring together the wider Porsche-driving community for days of fun, competition and education. Above all, they are an opportunity for Porsche owners and enthusiasts to indulge their passion among like-minded people.

Pirelli will once again be the spec tire of the PCA Club Racing National Championships for GTC3 through 7 (Class 7 being a new addition) and the PCA Clubsport Series. As well as providing tires, Pirelli personnel also will provide trackside support and advice to members about how to get the most out of their tires.

Porsche Club of America Executive Director, Vu Nguyen, said, “Pirelli continues to be an exemplary corporate partner. Our members are fortunate that Pirelli is dedicated in supporting our numerous activities.”

The longstanding association with Porsche Club of America underlines Pirelli’s commitment to its “perfect fit” strategy: developing tires specifically for particular Porsche models, which means Pirelli is original equipment for a variety of Porsche models from the iconic 911 to the latest Macan.

The Collezione range of vintage tires, which combines period looks with modern technology, equips more than 30 classic Porsche models as well – from the earliest 356 model cars all the way to the Boxster from the 1990s. These are the tires that will be used extensively by many Porsche Club of America members, helping to give their cherished cars the same exhilarating feel as when they left the factory.

Orazio Mastracchio, Pirelli NAFTA customer racing manager, concluded, “Our partnership with Porsche Club of America has never been stronger, reflecting the close relationship between Pirelli and Porsche as a whole. We’re looking forward to an exciting selection of Porsche events in 2019.”

Advertisement
In this article:Pirelli, Porsche
Print
Up Next: