Net sales for the fiscal 2019 second quarter increased 16 percent to $127.9 million from $110.3 million for the same period a year earlier, predominantly as a result of increases in the company’s rotating electrical business. 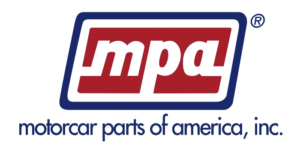 Motorcar Parts of America (MPA) today announced results for its fiscal 2019 second quarter ended Sept. 30, 2018 – reflecting record sales for both the quarter and six months on a reported and adjusted basis.

Net sales for the fiscal 2019 second quarter increased 16 percent to $127.9 million from $110.3 million for the same period a year earlier, predominantly as a result of increases in the company’s rotating electrical business.

“We are encouraged by our new business wins and revitalization of demand for our products at the consumer level – both of which support our optimism and expectations for continued growth,” said Selwyn Joffe, chairman, president and CEO.

In addition, Joffe indicated the company expects strong sales contributions in the next fiscal year from its existing and new product offerings.

The results for the quarter and gross margin were impacted by three items totaling $10.3 million:

“In addition to the company’s recent acquisition of E&M Power, we expect to close another strategic tuck-in acquisition this week, which enhances our existing product line offerings,” Joffe said.

Motorcar Parts of America reaffirms its annual adjusted sales guidance of between 6.5 and 8.5 percent growth year-over-year, with expectations of reaching the higher end. Adjusted gross margin for fiscal 2019 is now estimated to be at the lower end of the company’s guidance of 27 to 30 percent.

Under the authorized share repurchase program, as of Sept. 30, 2018, $15.7 million of the $37 million common stock authorization has been purchased and $21.3 million is available to repurchase shares. Motorcar Parts of America currently has 18.8 million shares outstanding.

Advertisement
In this article:Motorcar Parts of America
Print
Up Next: