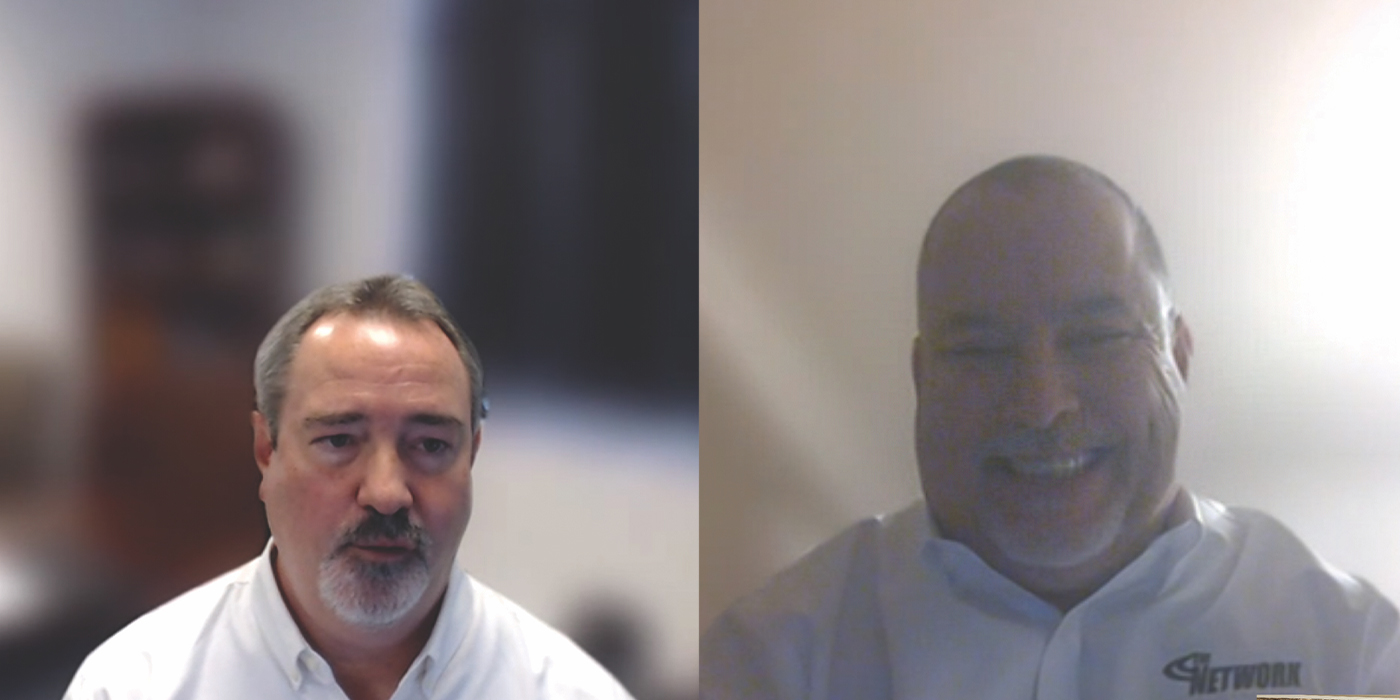 Just as 2020 was coming to a close, the automotive aftermarket received some exciting news, as two powerhouses in programmed distribution announced they would be joining forces.

The newly merged group will be headquartered in Grapevine, Texas, and will be led by Robert Roos as president and David Prater as executive vice president. Prater, who has served as president of the Automotive Distribution Network since 2015, will remain in Germantown, Tennessee, with his team. Roos, who was named president of Pronto in 2019, will be based out of the Grapevine headquarters.

The combined organization will represent more than 250 members in North America with an estimated revenue of approximately $5 billion annually. In addition, Pronto Automotive Distribution Network, together with Federated Auto Parts, will comprise the Automotive Parts Services Group (The Group).

While rumors of consolidation among two major program groups was in the air in early 2020, those rumors were really only the beginning, Prater said.

“I think truthfully the rumors you may have heard at the beginning of the year surrounded the four program groups getting together to work on some national account business together. That put Robert in a room together with me for the first time and we kind of hit it off and it flourished from there,” Prater said, noting that serious merger talks didn’t begin until mid-year.

According to Forbes magazine, most mergers and acquisitions can take a long period of time from start to finish – anywhere from four to six months. Given the size and scope of both organizations – and considering the fact that there was a pandemic going on – things progressed rather swiftly, Roos said.

“We started forming the idea of this merger and then COVID and everything that’s going on in the world slowed us down a little bit,” Roos said. “If we would have had our way, we could have had this done a lot sooner, but COVID, and some other things, made it more difficult to get through everything. We knew we wanted to get it done before the end of the year and thank goodness we were able to put it together and get it announced.”

Prater noted that he and Roos connected quickly, having some common ground in their career trajectories. “We both took over for people who had run the group for long periods of time,” Prater said. Prater replaced longtime Network head Mike Lambert, who retired in 2015; Roos succeeded veteran Bill Maggs, who went on to accept an EVP role with Pronto member Parts Authority. “So, we were commiserating a little bit about that and the more we talked, the more we realized how much we were alike as far as issues, members, etc., and it just became a kind of a natural fit,” Prater added.

Another area of common ground: Both Pronto and the Network were founded in 1977. The Network made its beginnings as the Association of Automotive Aftermarket Distributors (AAAD). In 1981, AAAD licensed the Parts Plus trademark and that became the primary banner for the business. In 2005, Parts Plus merged with Independent Auto Parts of America. In 2009, the group added CMB Network and in early 2010, the Auto Pride Network was included. In 2014, Automotive Distribution Network merged CMB into Auto Pride, leaving Auto Pride and Parts Plus as the two primary brand names that will continue to be used going forward, along with the Pronto brand.

Pronto was founded by one of the earliest pioneers of warehouse distribution, William J. (Bill) Menghini, who opened his first auto parts store in 1926, and in 1941 started one of the first warehouse distributor companies in the country, before founding National Pronto Association in the late 1970s.

For decades now, the automotive distribution segment has seen significant consolidation. While longtime names in the industry may now be distant memories in most situations, the culture, reputation and footprint behind those founding buying groups only added to the strength of the new organizations. That was certainly the case for the Automotive Distribution Network and is clearly the case now with the merger of Pronto and The Network.

Combining Pronto and the Network created a stronger unit, as the two groups complemented one another’s strengths and weaknesses, he said. “There’s a lot of technology strengths on The Network side that were things we were planning on doing or looking to improve upon,” Roos said. “We had programs that I think will be enhancements for The Network members as well. As we started putting it all down on paper and talking, it was just a really nice mesh, if you will, between the two organizations. That made it pretty clear early on in the process that this was definitely going to be the right thing to do.”

Prater noted that it was a solid cultural fit as well, as both organizations are “very aggressive” in the way they go to market with a blend of older and younger members. “You’re looking in the mirror and you’re kind of seeing yourself. It really fit well,” he said. “As independent distributors, it makes sense for all the groups to maintain a close relationship with each other. At the end of the day, we’re all in this together and we’re here to support those independent distributors out there.”

When it comes to supporting the independent aftermarket, it seems that the more things change, the more they stay the same, say the two group leaders.

“It’s always the same. It’s customer service. It’s finding people. It’s training people. It’s technology. The e-commerce business is obviously a challenge. I think it’s a challenge for everybody,” Prater said. “It’s a constantly changing business, but the traditional side of the aftermarket has been proclaimed dead about 20 times and we’re still here. I think our strength is that we adapt.”

Roos agreed. “Exactly,” he said. “The challenges do change from decade to decade, generation to generation, but the basic overall challenge remains the same. And that’s how do you remain relevant? How do you keep up with the competition when most often that competition is generally viewed as much larger than you or maybe better-funded? I think our goals are to help keep these independent guys relevant and keep them up-to-speed against that competition.”

Putting the two organizations together, Roos said, it becomes evident where the strongholds are.

“When you put the two rosters together and look at the membership as a whole, we start matching up very well with some of the largest national account players out there,” he said.

“We’ve taken two very strong organizations and put them together to become one stronger organization. I think this is the right thing for the industry. And as David said earlier, it’s good for our vendor partners. I think it’s going to pay dividends to the members, to our vendor partners and to our customers out there as well. It was just the right thing to do for everybody.”

Advertisement
In this article:ADN, Mergers & Acquisitions, Pronto
Print
Up Next: