The award, presented by MERA – The Remanufacturing Association, was developed to recognize individuals who demonstrate exceptional leadership in remanufacturing and sustainability. 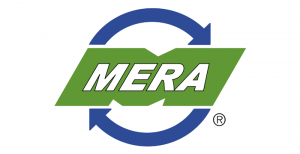 Eric Smith, the owner of Impression Products Inc., a family-owned business in Charleston, West Virginia, is the recipient of the inaugural Michael Cardone Leadership Award. The award, presented by MERA – The Remanufacturing Association, was developed to recognize individuals who demonstrate exceptional leadership in remanufacturing and sustainability. Four key traits associated with the award – as identified by the MERA board of directors – are: vision, passion, teamwork and excellence.

John Chalifoux, president and chief operating officer, MERA, accepted the award on behalf of Eric Smith at the MERA-Golisano Annual Conference on Oct. 4 in Troy, Michigan. During the award ceremony, Chalifoux said, “With this award, we recognize and thank Eric Smith, the man behind the company that won a key case for remanufacturing in the U.S. Supreme Court.”

In a written statement, Smith said, “I want to express my sincere appreciation to MERA for recognizing me with the inaugural Michael Cardone Leadership Award! I am beyond ecstatic to be the first recipient of such a prestigious award, as I have watched the Cardone family from afar and have nothing but the utmost respect for all their efforts in advancing the remanufacturing industry.”

Impression Products specializes in high-quality remanufactured toner cartridges for high-end, desktop laser printers. In a landmark ruling by the U.S. Supreme Court in June 2017, the Impression Products v. Lexmark International decision addressed the question of whether a patent owner may prevent certain reuse, including remanufacturing, of patented products. The decision upheld the longstanding Supreme Court precedent that has existed for more than 150 years, as the Court continued to fully endorse secondary markets for patented goods under the doctrine of patent exhaustion.

The Leadership Award is named in honor of Michael Cardone Jr., co-founder and chief strategy officer, CARDONE Industries Inc., a global supplier of new and remanufactured automotive products with headquarters in Philadelphia. Cardone Jr. co-founded CARDONE Industries with his late father, Michael Cardone Sr., in 1970. Today, the family business, spanning three generations, is one of the largest family-owned remanufacturers of automotive parts in the world.

Cardone Jr. is the founding chairman of MERA – The Remanufacturing Association. While serving as a member of the board of directors of MEMA, the parent organization of MERA, he led a group of executives that launched MERA in January 2011. MERA experienced rapid growth and is recognized internationally as an organization focused on excellence in remanufacturing and sustainability. Today, Cardone Jr. is a special adviser to MERA. His son, Michael Cardone III, serves on the MERA board of directors.

Advertisement
In this article:award, Impression products, Leadership Award
Print
Up Next: