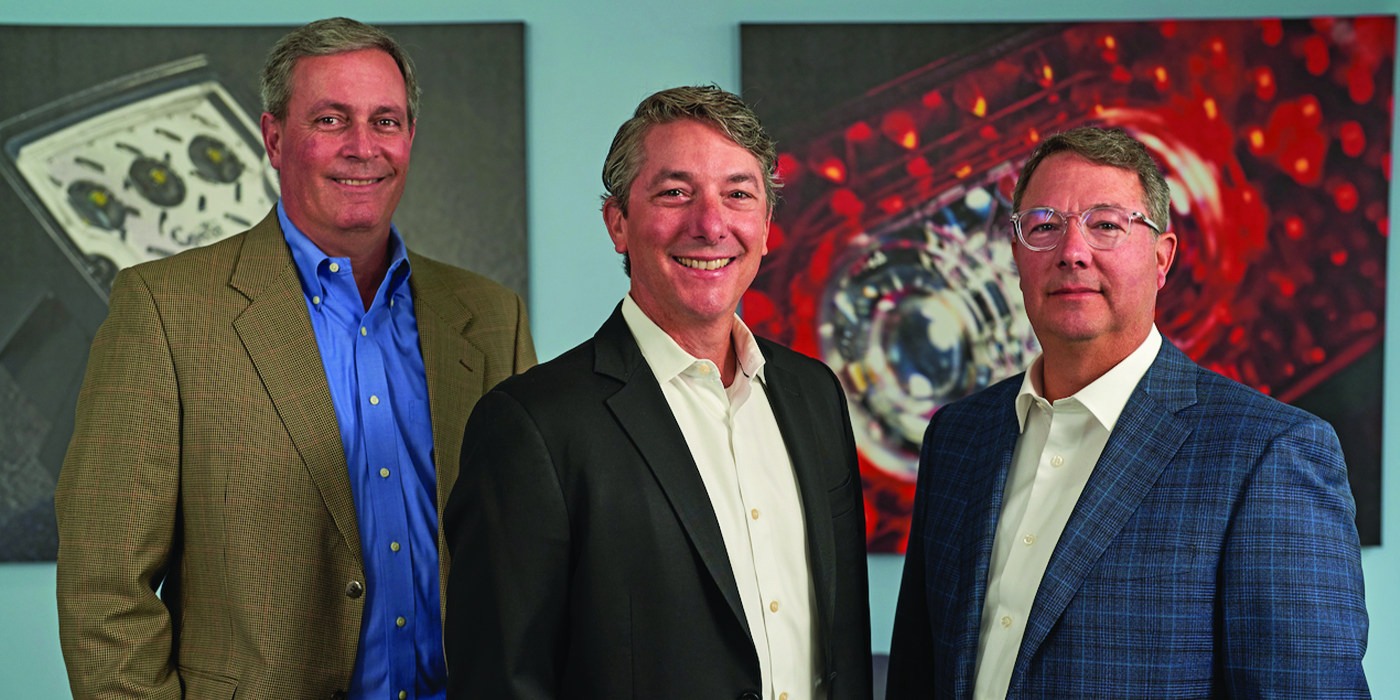 As Grote Industries enters its 121st year of operation, the family continues in its leadership and embraces change in preparation for the future.

Recently, fourth-generation family members, Dominic, John and Mike Grote acquired 100% control of Grote Industries, Inc. Along with this expansion in their ownership, the vision for Grote has also progressed. The company says it is now poised to focus on creating and leading safety-related innovation, helping to make the world safer and smarter through connected visibility.

Dominic Grote will continue as CEO and president, while John Grote has been appointed chief operating officer, and Mike Grote continues in his role as general manager, Asia. Bill Grote, chairman of the board, and Buzz Grote will continue to serve on the board of directors as the third-generation “hands the reigns” over to the fourth-generation leaders.

“We believe this expanded vision bonds the Grote team with our customers and looks toward the future on the things that can make their businesses more profitable by being safer,” said Dominic Grote. “As we talk about the transition in the business and being a fourth-generation family business, the statistics aren’t typically in the favor of businesses going from generation to generation, but we’ve taken many steps over the last couple of generations to do the right things for the business to make sure we’re able to continue as a family business, offering our employees, customers and communities continued continuity.”

“We are happy to see our sons continue the growth of what our grandfather started back in 1901,” said Bill Grote. “We’ve worked hard to be good at change and are excited about all the changes to come.”

Grote Industries is a global leader in the development, manufacture and supply of innovative visibility and safety systems for the on-highway, off-highway and trailer body builder markets. For more than 120 years, Grote Industries has provided state-of-the-art solutions for OEM and aftermarket customers across the globe in the transportation, agriculture, safety, and consumer markets. Grote’s leadership says there’s more exciting news coming as they invest in new innovations and technology.

“We are investing for the future. We see an ever-expanding opportunity globally in areas such as telematics, electric vehicles, and autonomous driving where our key capabilities and technologies can be leveraged and pay off for our customers,” said Mike Grote. “This is an exciting time for Grote Industries. When you work hard, and you are doing something that’s benefiting the community and the people, it’s enjoyable.”

As part of the larger strategic vision, transitions are underway internally, including John Grote being named chief operating officer (COO) of Grote Industries. As the new COO, John will lead global business operations in North America, Europe and Asia and help bring greater focus to the operational performance of the entire business. John has worked for Grote Industries for 23 years in various Sales and Marketing and General Manager leadership roles, from marketing manager to Grote’s first managing director of Grote Europe to global vice president of sales and marketing.

Prior to 1999, John spent several years in the consumer products markets as a brand manager for L’Oreal and product manager for Philips Electronics in the Healthcare segment. He earned his MBA from Indiana University and a BS in Finance from Clemson University. He has been active in many industry associations over the years and currently serves on the board of the Association for Equipment Manufacturers (AEM) and the Truck Trailer Manufacturers Association (TTMA) Planning committee.

“I am thrilled to be named as the COO of Grote Industries and look forward to helping us achieve this new vision for the company,” said John Grote. “Our true purpose is to not only support the communities we’re in but also to help make the world a safer place. The world is changing fast, and we’re getting ready for that change by implementing many things to drive future growth and transition to new technologies and opportunities. I’m excited to see the impact we have on this industry.”

To learn more about Grote Industries’ commitment to safety and its new vision, visit Grote.com/leadership-of-grote.

Advertisement
In this article:family business, Grote Industries
Print
Up Next: