Ryan Friedlinghaus, owner of WCC, says “We wrap everything in Continental tires.” 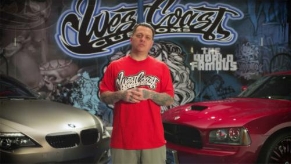 Continental Tire has been the "Official Tire" of West Coast Customs since 2007.

"Here at West Coast Customs, we build a lot of rides," said Friedlinghaus in the commercial while the camera pans to some of the shop’s most extreme rides. "But no matter what the style, we wrap everything in Continental tires."

The spots were produced by Mad Media of Oceanside, Calif., and were filmed at the West Coast Customs facility located in Corona, Calif. Watch the full spot on Continental Tire’s YouTube page.