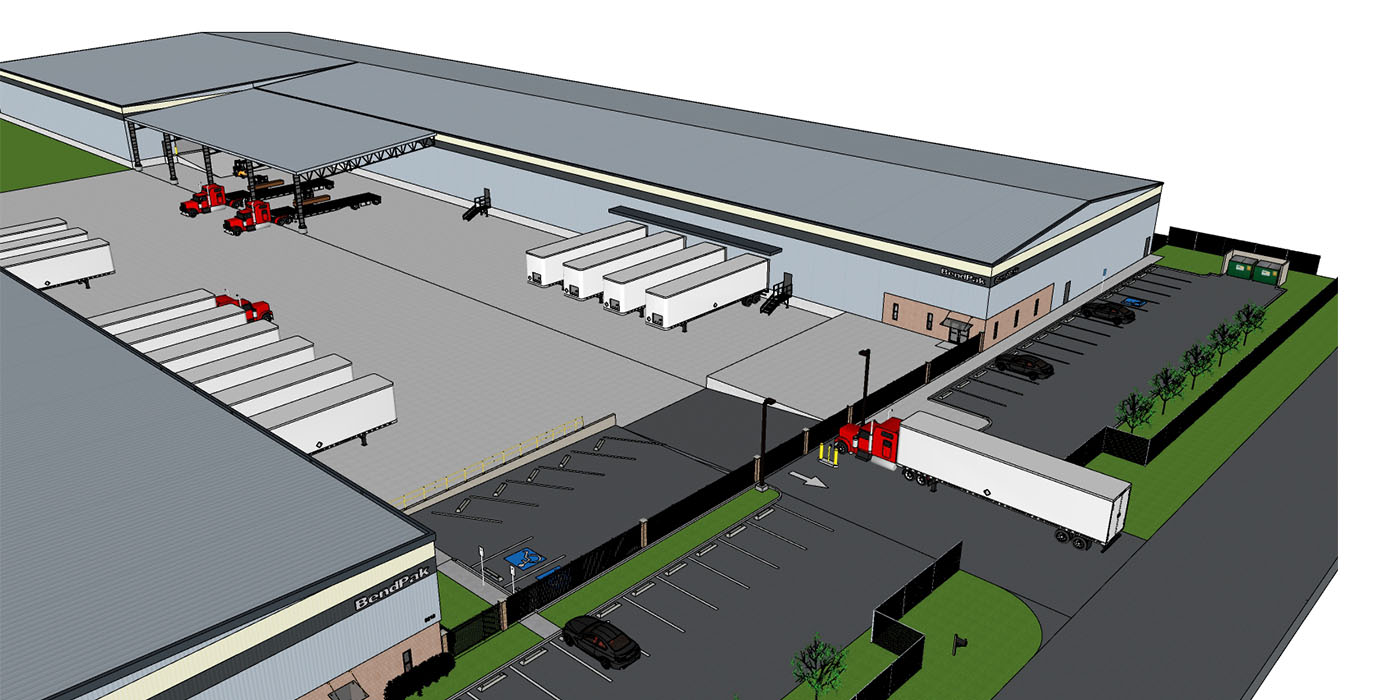 Business is booming at BendPak, a global leader in car lifts and automotive service equipment. Less than six months after opening a 100,000-square-foot distribution center near Mobile, Alabama, to better serve customers on the East Coast, the company is building a new 70,000-square-foot warehouse next door. At the same time, a 50,000-square-foot expansion of the manufacturer’s Santa Paula, California, headquarters is on track for completion this month.

Throughout its almost 50-year history, BendPak has continually evolved to offer new products and services to meet changing and increasing customer desires. As the product line and customer base has grown, so has the need for more space.

And just 30 days after opening its new Alabama distribution center this spring, BendPak purchased the adjoining property to further expand its presence in the eastern half of the United States. Demolition of an existing office building and warehouse on the property is complete, and construction on the new facility is about to begin. The new building will feature four dock doors, a ramp with super-wide door, warehouse space and an additional 13,000 square feet of covered flatbed staging and loading area. Administrative offices, a conference room and call center are also planned to facilitate further growth.

“It’s hard to believe that construction is already underway,” said BendPak Executive Vice President Jeff Kritzer. “When we initiate a plan, we don’t like to waste time. Once a decision is made, it’s all hands on deck. That’s one thing I think we do better than anyone else. The idea of our first East Coast expansion only materialized in the fall of 2019, and yet just six short months later, we were already operational … and growing.”

The new distribution center is strategically located in Mobile County, Alabama, in the heart of one of America’s largest logistic hubs. It offers next-day or two-day delivery to a large portion of BendPak’s customer base on the East Coast. BendPak’s California headquarters and distribution multiplex handles shipping and order fulfilment services for approximately 15 western states. BendPak plans to continue its expansion efforts in order to improve geographic shipping advantages.

“This phase of expansion comes with an ambitious strategic vision, building upon our heritage of professional quality products,” said BendPak President and CEO Don Henthorn. “We are focused on bringing our car lifts and garage equipment geographically closer to our customers to improve lead times and customer service.”

Advertisement
In this article:BendPak, Expansions
Print
Up Next:

Booming Business Leads BendPak To Expand On Both Coasts