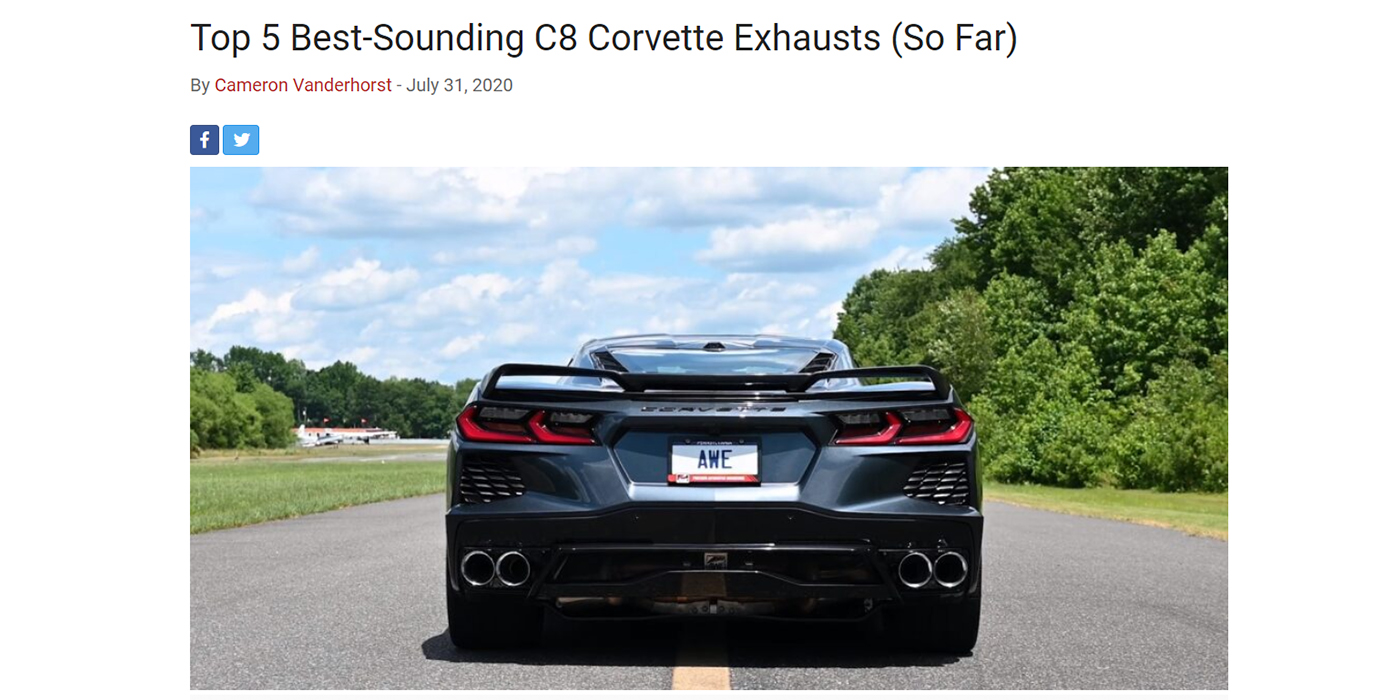 The AWE C8 Exhaust Line opened for pre-orders on July 30th via AWE’s dealer network and on AWECorvette.com.

Despite only being in the market for 24 hours at time of naming, AWE, the precision engineering firm outside Philadelphia, Pennsylvania, was added to the top 5 best sounding exhausts for the C8 Corvette by CorvetteForum.com. The brand announced its forthcoming entrance with a teaser video launch, sound clips for its Touring and Track Editions as well as providing first-run production pieces to Horse Power Obsessed, a prominent Corvette Youtuber.

“The C8 has been one of AWE’s most anticipated releases of all time, so to be named to the top 5 after having only been in the market for 24 hours is a testament to the engineering and attention to sound-detail we’ve put into the AWE C8 Exhaust Kit,” stated Jesse Kramer, AWE’s VP of Marketing.

As taken from the original press release on the line, “The new exhaust suite will incorporate AWE’s signature Touring Editions featuring their patented drone-canceling solution, 180 Technology, along with their aggressive Track Editions for those who like their volume – in and out of the cabin – like their speed. Featuring an impressive asymmetric design, the exhaust options are able to facilitate impressive performance gains and a signature exhaust note across the entire powerband in pure bolt-on fashion. AWE worked with two separate C8 Corvettes to account for any OE deviations, ensuring a perfect fit, and signature tone every time. The systems have been rigorously tested in a drag-environment, road-course environment, and via long term street testing.”

The AWE C8 Exhaust Line opened for pre-orders on July 30th via AWE’s dealer network and on AWECorvette.com, and the first items will land in consumer hands mid-August and will be available at Corvettes of Carlisle 2020.