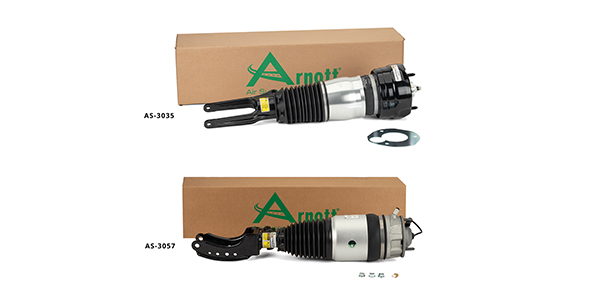 Arnott says each strut is painstakingly tested to assure OE active damping functionality and then disassembled, cleaned, painted with corrosion-resistant paint and rebuilt from the ground up. The Arnott remanufactured strut features new Tier 1 components such as a multi-ply rubber air bladder from ContiTech, new dust boot, protective aluminum can, heavy-duty crimping rings, seals and air fitting to protect the damper and air spring from debris.

Advertisement
In this article:arnott
Print
Up Next: