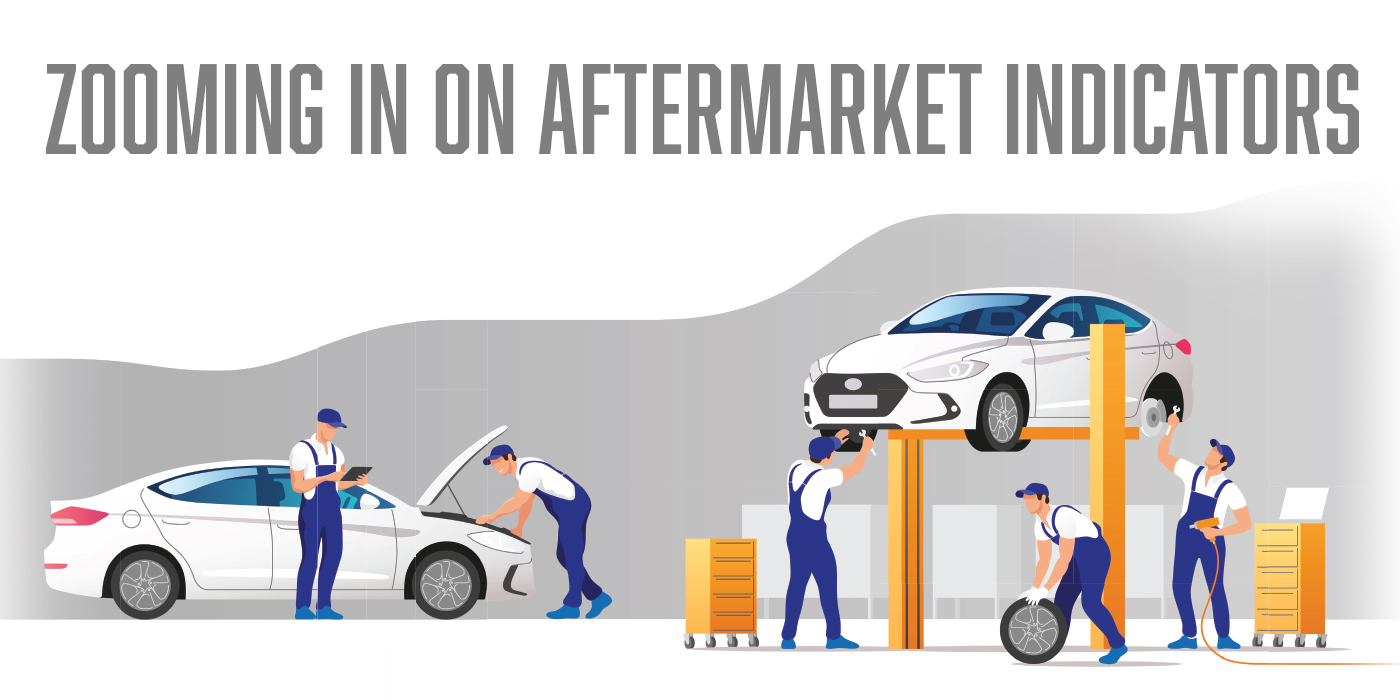 A look at both “big-picture” indicators as well as what is affecting individual shops at the micro level.

When looking at conditions in the automotive aftermarket, you can pick what level you want to analyze. You can step back and look at the macro level, examining “big-picture” indicators that measure the whole economy or the entire industry. You also can zoom in at the micro level and see what is affecting individual shops. This month, we’re going to do both.

At the Macro Level

Here at the macro level, we often rely on government data. Let’s start with Vehicle Miles Traveled (VMT). As this is being written in late March, the Federal Highway Administration has released its estimate of vehicle miles traveled for January. For the nation as a whole in January, we were down 11.3% compared to January 2020. Since July of last year, we’ve been consistently down from 9% to 12% compared to the previous year. In January, the Northeast region was down the most at 16.2%. In comparison, the South Gulf states are down only 7.9%, and the rest of the country is down between 11% and 12%.

At the Shop Level (Micro)

What do things look like when we zoom in at the level of the individual shop? How have independent repair facilities fared in these “challenging times”? In February, we surveyed more than 230 readers of ShopOwner to see about their experiences during the pandemic year. Looking at the bottom line first, we asked, “Because of COVID-19, how would you describe your revenue for 2020 compared to 2019?” Half the respondents said that revenue was up or flat for the year.

More up-to-date VMT data, in the Auto Care Association’s proprietary TrendLens, show February data to be improving a bit more than this. As more offices and schools open and lockdown restrictions on leisure activities end, roads should be getting even busier.

People also are spending on their cars. The Monthly Retail Trade report from the Census Bureau shows that sales at Automotive Parts, Accessories, and Tire Stores in January 2021 was up 7.8% over last January. This is confirmed by the strong financial performance of the retail auto parts companies. (See “Hindsight 2020” from the March issue of AMN.) Couple that with a stronger-than-expected bounceback in new-vehicle sales (at least until the chip shortage put a crimp into the new-vehicle supply) and you can say that trends at the macro level look good for the aftermarket.

The results here may be skewed a little on the optimistic side, for if a shop had closed due to the lockdown or the resulting recession, we may not have been able to reach them for the survey. Even so, the results still shows some strength in the aftermarket.

While shops are remaining open and busy, when it comes to the supply chain for parts and supplies, it appears things are getting a little tighter. Only 30% of the respondents say they have been able to get what they need without extra effort. The rest all report some amount of tightening, although with most it has been minor.

We asked this same question in September 2020, when we were conducting our annual P.A.R.T.S. survey, although in September, we did not have the last option of having problems that have been cleared up. In September, only 13% said they were starting to see some shortages, while 7% reported lots of problems. Back then, 36% said that they were able to get what they needed without extra effort. So it appears there has been a small amount of tightening in the supply chain. This could be the aftereffects of parts plants that were shut down earlier as part of the lockdown, or it could be due to the effects of port congestion on the West Coast.

The pandemic also has affected how shops are doing training on new products and new technologies. Over half the respondents report doing more virtual training than they did before the pandemic, with a third of the respondents saying they have gone all-virtual for training.

Advertisement
In this article:Babcox Research
Print
Up Next:

Zooming In On Aftermarket Indicators