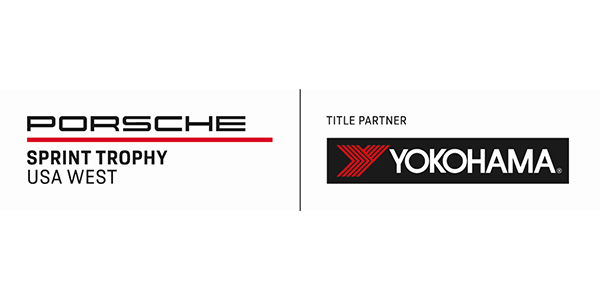 Yokohama Tire, Competent Motorsport and Porsche Motorsport North America (PMNA) are partnering on two Porsche-specific race series in 2020.  Yokohama is the title partner and exclusive tire provider for the Porsche Sprint Trophy USA West and Porsche Air-Cooled Cup USA series, as well as the Porsche Sprint Trophy USA West Invitational, which consists of a select number of special events that will take place on the east coast.

The ADVAN A005 race slick is the spec tire for all the events.

“We’re looking forward to supporting a talented field of drivers, Competent Motorsport and working with Porsche Motorsport North America again next season,” said Andrew Briggs, Yokohama Tire’s vice president of marketing and product management. “This new venture with Competent Motorsport and PMNA fits perfectly within our motorsports strategy and continues to fortify Yokohama as a key supplier for another exciting Porsche one-make series.”

“With an existing alliance in the Porsche GT3 Cup Challenge USA & Canada, the expansion of Yokohama’s presence in the Porsche Sprint Trophy USA West series will be a catalyst for accelerating continuity and growth for our current one-make racing programs in North America,” said Rob Owen, one-make program manager, Porsche Motorsport North America.

“We are coming around full circle with the return of Yokohama Tire as our new title partner for 2020!” said Gregory Franz, founder and president of Competent Motorsport LLC. “There is excitement for our teams and drivers to experience the performance of the Yokohama tires on the Porsche 911 GT3 Cup and Cayman GT4 Clubsport cars, along with the GT3Rs and GT3MRs. Sanctioned by PMNA for 2020, we will also run the newly released Porsche, 911 RS Clubsport in the Porsche Sprint Trophy USA West Series. We will bring back our Porsche Air-Cooled Cup USA Series to expand our opportunities for air-cooled drivers across the US. These are all great Porsche track platforms for Yokohama to show their tires at their best on the track. We look forward to an exciting 2020 race season with new venues and classes introduced in the coming weeks!”

Advertisement
In this article:Porsche, Yokohama Tire
Print
Up Next: