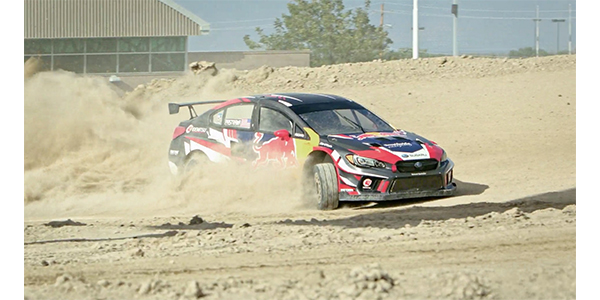 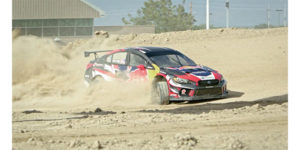 NRX utilizes an all-new track layout that will feature some of the world’s best drivers battling for the top spot on a challenging, purpose-built track. Nitro Circus co-founder and action sports superstar Travis Pastrana will compete in the inaugural NRX event against a host of top competitors.

“Developed specifically for rallycross, the ADVAN A054 features an FIA-approved groove pattern and incorporates an ultra-stiff construction with a high-traction compound,” said Fardad Niknam, Yokohama’s senior director of consumer product planning and product marketing. “From the 100-foot-plus jump to the all-wheel-drive, 600-plus horsepower standing starts of Nitro Rallycross, the ADVAN A054 is ready to perform.”

Pastrana described rallycross as “motocross with a roll cage. Taking the most exciting elements from stage rally and bringing it into an exciting head-to-head racing environment where the fans can see all the action from a single location. And in typical Nitro World Games fashion, we will be adding to the excitement by building the biggest jumps ever seen on a rallycross course to date.”

Yokohama is an official sponsor of the Nitro World Games action sports competition, as well as a marketing partner of Nitro Circus. Yokohama is the exclusive tire of the 2018 Nitro Circus “You Got This” arena tour in the United States.

“We’re pleased to continue our partnership with Nitro Circus and Nitro World Games,” said Andrew Briggs, Yokohama Tire, vice president of marketing. “These are pure, high-octane action events and we’ve found them to be the perfect venues to spotlight our brand. Now, with introduction of Nitro Rallycross, we are especially excited to showcase our product to their passionate fan base.”

Advertisement
In this article:Motorsports, Yokohama Tire
Print
Up Next: