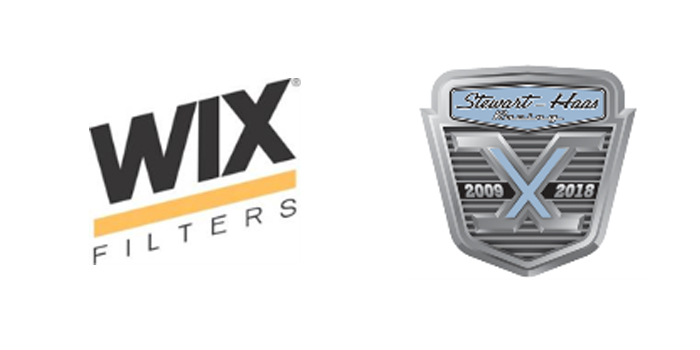 “In this sport, every detail matters, and a lot can be gained by having the best filters on our racecars. Efficiency equals horsepower, and you can never have enough horsepower,” said Bowyer. 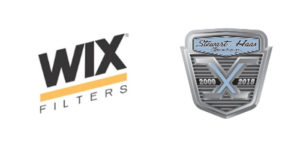 WIX Filters will serve as the primary sponsor of Clint Bowyer and his race-winning No. 14 Ford Fusion during Chicagoland race weekend, with WIX Filters represented on Bowyer’s car and firesuit.

“WIX’s sponsorship of Clint and the No. 14 team is a natural extension of our partnership with Stewart-Haas Racing (SHR),” said Jennifer Gibson, brand manager, WIX Filters. “It’s great being under the hood but the new paint scheme is going to look incredible. Clint is off to a successful start this season, and we’re looking forward to continuing that success at Chicagoland.”

Bowyer is the most recent SHR driver to deliver a win for WIX Filters. The 13-year NASCAR Cup Series veteran from Emporia, Kansas, scored his ninth career victory and his first with SHR when he won March 26 at Martinsville Speedway in Virginia. The victory was SHR’s fourth this year, the most of all NASCAR teams. The 2018 season marks SHR’s 10th anniversary, with the organization having won two NASCAR Cup Series titles (2011 and 2014) and 47 races since debuting in 2009.

“My wife, Lorra, sometimes wishes I wore a filter more often. WIX Filters finally granted her wish,” said Bowyer. “But in all seriousness, we’ve been bringing some fast hot rods to the racetrack each weekend, and I know that WIX Filters has played an important role in that. In this sport, every detail matters, and a lot can be gained by having the best filters on our racecars. Efficiency equals horsepower, and you can never have enough horsepower.”

Bowyer has made 12 career NASCAR Cup Series starts at Chicagoland, with a best finish of fourth in 2010. He is currently sixth in the championship point standings with two top-five and four top-10 finishes. His Martinsville victory punched his playoff ticket, making Bowyer championship-eligible for the sixth time in his career.

Advertisement
In this article:WIX Filters
Print
Up Next:

WIX Filters Will Serve As Primary Sponsor For Clint Bowyer’s No. 14 Ford Fusion At Chicagoland Speedway