CLEVELAND – This fall, Lincoln Electric will make its way back to Hollywood and the big screen, teaming up with Picture Car Warehouse to serve as the exclusive welding supplier for the car-heist motion picture, “Drive,” produced by OddLot Entertainment. Starring Ryan Gosling, the indie film features adrenaline-pumping, vehicle-destructing car chases. 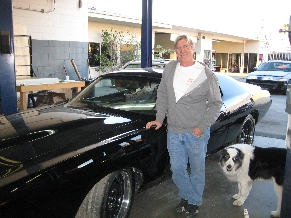 The upcoming appearance in “Drive” isn’t the first time Lincoln Electric equipment has made it into a major motion picture. The company’s products also have enjoyed screen time in “Ironman,” “Ironman 2” and, most recently, “The Green Hornet.”

Headquartered in Northridge, Calif., Picture Car Warehouse is Hollywood’s go-to supplier for contemporary, vintage, specialty and custom vehicles used in television commercials, shows and movies, with an inventory of hundreds of vehicles. Owner Moser and his team rely on equipment from Lincoln Electric to restore vehicles and rebuild or customize classic cars.

“Working with Lincoln Electric and its products has proven to be a great experience,” said Moser. “The company’s welders and consumables are top of the line and are reliable for quick turnaround projects.”

Movie goers and car enthusiasts can admire Picture Car Warehouse’s welding workmanship, completed with Lincoln Electric equipment and consumables, at the premiere of the high-speed car chase thriller on Sept. 16.

Timken Named Vendor of the Year by Frank’s Auto Supermarket