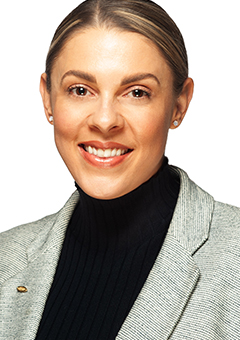 Steffanie Savine had a bit of a “false start” in the aftermarket in the late 1990s before moving to New York to work for a tech company. “I lived there during Sept. 11th, and that just changed everything,” she says.

After Sept. 11, Savine moved back home and decided to finish school. She got a job as office manager for the North American headquarters of Brazilian friction manufacturer Fras-le while finishing her degree, and eventually moved into marketing for the company, staying 10 years. While at Fras-le, she worked with Marx Group as a client for more than three years before joining their team. She’s been with now Marx Buscemi Eisbrenner Group ever since.

Highly involved in the Automotive Communications Council (voted in as president in 2015) and Women in Auto Care, Savine says she would like to see women in more leadership roles in the aftermarket.

“I don’t know if that’s something the industry is responsible for or if it’s each individual woman’s responsibility to grab those opportunities and make them happen, but I would like to see a little more education for industry leaders about how important diversity is in leadership. That expands beyond just women, to different races and nationalities as well,” she says.