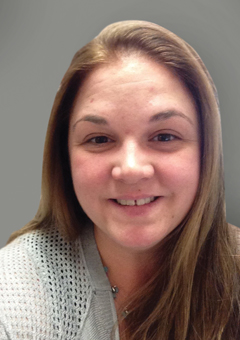 In 2001, Melissa Howard responded to an ad for a job opening at Carparts Distribution Center. She didn’t know the first thing about the automotive aftermarket. “Truth be told, I wasn’t planning on staying,” Howard adds. “I was going to college at night, and this was something to get me benefits.”

But time flies when you’re having fun. Twenty years later, Howard couldn’t imagine working anywhere else, and Carparts has grown by leaps and bounds. She takes pride in her professional growth over the past two decades – a journey that has included stints in the purchasing and IT departments. Howard has served in her current role, marketing manager, since 2011. “I’m proud that I’ve been able to adapt to this industry and the way things are constantly changing,” Howard says. “I’ve grown so much just from being here. And I’m fortunate that I work with a very seasoned team.”

Over the past 20 years, Howard has witnessed a sea change in the aftermarket. Not only are there more women in the industry, but there also are more women in higher-profile positions (she notes that Carparts Distribution Center is a woman-owned company). Still, she believes the industry can do a better job of spreading the word about the many opportunities available to women in the aftermarket.

“It’s not just pulling a part and selling a brake pad,” she says of working in the aftermarket. “It’s helping that customer grow their business. I think that would definitely appeal to women.”