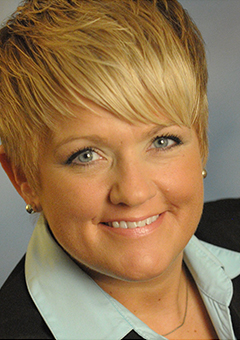 Gibson has put her roots down in North Carolina, where she earned a bachelor’s degree in motorsports management – the first program of its kind – from Belmont Abbey College. Through the program, she landed a three-month internship at what was then Affinia Group/WIX Filters in nearby Gastonia. Soon after Gibson completed the internship, the company hired her for a position in product development, and she’s been working her way up the ladder ever since.

In May 2016, MANN+HUMMEL acquired Affinia Group. Since January 2019, Gibson has served as MANN+HUMMEL’s key account manager for O’Reilly Auto Parts.

As much as Gibson has accomplished professionally, she says her greatest achievement is being a wife and a mother to five kids.

“Even with a lot on my plate, I’ve been able to focus and keep moving forward,” Gibson says.