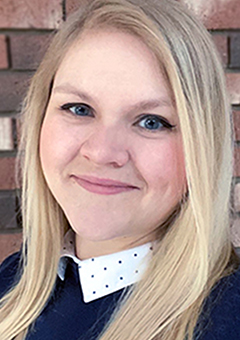 Heather King is often the only woman in a room. But instead of feeling intimidated by the men in this industry, she recognizes her opportunity to be so well-informed that her business recommendations are seen as much more than suggestions.

“It can be intimidating for a lot of women to be in this incredibly male-dominant industry,” King admits. “As women we sometimes feel like we have to give 150% to prove that we’re equal with men. I tell my female colleagues they need to know their stuff and to be confident about it.”

Her advice to women on her team is simple: “As women, we often underestimate ourselves and say, ‘I think’ or ‘maybe we should,’ which comes off as an answer without authority. Every time you type the words ‘I think we need to … ’ go back and delete the ‘I think’ portion. You are in your position for a reason – show it.”

King says, “It’s important to incorporate the influence women have on the industry and connect women’s names with industry-impacting accomplishments.”